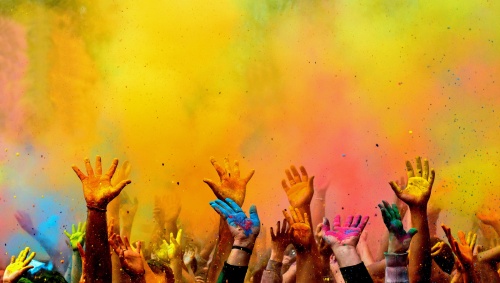 Holi is celebrated in the season of Vasant. Holi festival is celebrated with full enthusiasm in every region of India. It’s the mark the victory of good over evil. This colorful festival is the time when winter ends and summer commences. Holi is considered as one of the most celebrated and revered festivals celebrated by the people of community in India.

The festival lasts for two days starting on the Purnima full Moon day, falling in the month of Falgun, which is somewhere between the end of February and the middle of March according to the Georgian Calendar. The first day is known as Holika Dahan Chhoti Holi and the second as Rangwali Holi, Dhulandi or Dhulivandan. In this festival, every place looks colorful. This year will be celebrated on 21st . 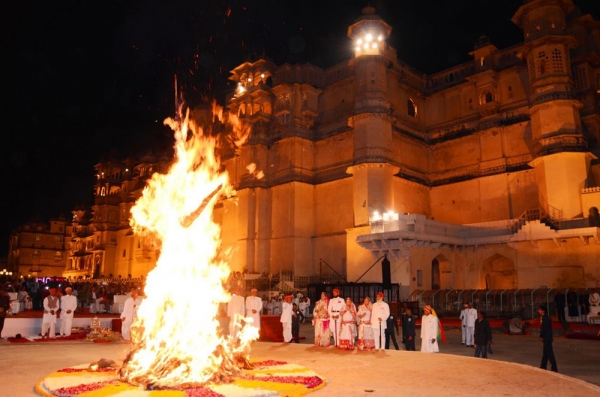 There are two dimensions to festival. The day before Holi, Holi puja and take place. This is the religious element. On the day of Holi, usually there is no special puja, but only a playful festival of colors in which people sprinkle dry and wet colors on others and play around in order to socialize with others. Holi puja and Holika Dahan is done one day before the celebration of Holi. Holi puja is believed to remove all fears of people. The benefits of Holi puja include power, prosperity happiness in life. Interestingly, Holika the demoness is worshipped along with Prahlad on the eve of Holi. Sacred texts prescribe Holi puja before Holika Dahan. As per the these two rituals must be done during the prescribed time as per Panchang to reap the full benefits. It is also said if they are not done during the right time, the performers will only invite misfortune and bad luck. 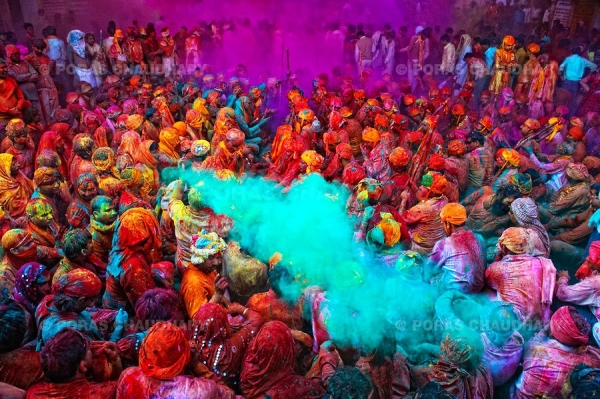 Every color means something special in the Indian psyche. Red, for instance, is a mark of matrimony. is considered as synonymous with turmeric, an ingredient of great importance at auspicious functions across religions. Turmeric has medicinal significance too. Blue signifies heavenly planets. Green is considered a of nature.   who loves yellow has imagination. Clear thoughts and well organized and a person with pride, always to celebrate Holi.

Read More- Play with these colors this Holi for good luck

As the festival of Holi comes it brings with it the colors of life and colors of love. The beautiful natural colors our life with the of love and joy.  The celebration of Holi marks the rich cultural heritage of Indian culture and the victory of good over evil. It also marks the celebration of the arrival of the harvest season in India.

Mythological significance
According to Hindu Mythology, there are many reasons for the celebration of Holi. The most legendary story behind the Holi celebration is the Story of Prahalad. He was the son of demon king Hirankashyap. In urge of becoming immortal, he praised Lord Brahma and he blessed him with five boons. As Hirankshyap was not agreed with the loyal devotion of Prahlad towards Lord Vishu, he made several attempts to kill him but he failed time. He irritated and made a plan to kill Prahalad with his demon sister Holika. Holika was having a divine blessing that fire cannot adorn her. So she planned to sit in , with in her lap. As the fire was lit, Prahalad started chanting the name of Lord Vishnu and with the blessings of Vishnu Prahalad was saved and the Holika was burnt. So this was the mark that God is always a protector to his loyal devotees and also marked the victory of good over evil and thus we Hindus celebrate Holi with great joy.

Holi also celebrates the legend of Radha and Krishna which describes the extreme delight, Krishna took in applying on Radha and other gopis. This prank of Krishna became a trend and a part of the Holi festivities.

Mythology also states that Holi is the celebration of of Ogress Pootana who tried to kill an infant, Krishna by feeding poisonous milk to it.

Another legendary story is extremely popular in Southern India is that of Lord Shiva and Kaamadeva. In South India, people celebrate the sacrifice of Lord of Passion Kaamadeva who risked his life to revoke Lord Shiva from meditation and save the world.

The legend of Hiranyakashyap and Prahlad also points to the fact that extreme devotion to god pays as god always takes his true devotee in his shelter. Holi helps the people to believe in the virtue of being truthful and honest and also to fight away the evil.  With the people expect a good harvest.

Holi is the symbol of strength and unity in secular India. Besides, on this day people do not differentiate between the rich and poor and everybody celebrate the festival together with a spirit of bonhomie and brotherhood. In the evening people visit friends and relatives and exchange gifts, sweets greetings.

Besides, the when sprayed on the body have a great impact on it. Biologists believe the liquid dye or Abeer penetrates the body and enters into the pores. It has the effect of strengthening the ions in the body and adds health and beauty to it. During this season when lots of Bacteria are in the atmosphere, the save us our body through seasonal variations and strengthen our immune system.

As we celebrate with , our soul wants to munch over mouthwatering delicacies. Not only for the bevy of , we love to be immersed with but also for the mouth-watering delicacies unique to this occasion. Sling bags filled with frisky colors, water guns loaded with mischief, vibrant spirits, old-new songs, plates piled with festive foods. Gujiya, Malpua, , and of course bhang ki . All these festival delicacies will give you an unforgettable taste.