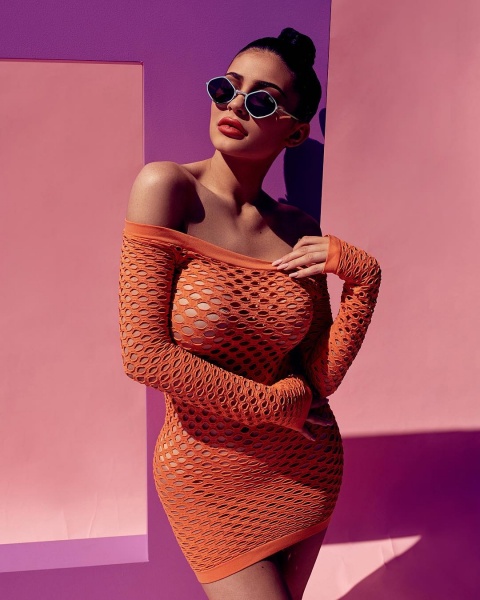 Kylie Jenner is a well-known American media personality and she is working as a famous model, socialite, and businesswoman. Jenner was born in Los Angeles, California in the year 1997. She is the youngest daughter of Bruce Jenner, who was 1976 Summer Olympics Decathlon winner. Her mother Chris Jenner is also a famous TV personality. She started her education in Sierra Canyon School and she was also a member of the cheerleading team in the school. During her school days, she also performed in several plays. In the year 2012, she became homeschooled and joined the at-home education program. She completed her High School diploma from Laurel springs school in Ojai, California on July 2015.

The career of Kylie Jenner

Famous celebrities Kourtney, Kim and Khloé Kardashian are her older half-sisters from the side of her mother. She started her career in the year 2007 on TV where she appeared in a reality TV show called keeping up with the Kardashians. She appeared in this show along with her parents and siblings. This TV series was successful and then she made several guest appearances in shows like Kourtney and Kim Take Miami, Khloé & Lamar, Kourtney and Khloé Take the Hamptons and Kourtney and Kim Take New York. Jenners also appeared as a host in the interview of the cast of The Hunger Games at The Nokia Theatre in 2012 in Los Angeles. Later in the year 2012, she also appeared in an episode of famous American reality TV series named America’s next top model along with her mother Kris Jenner and her sister Kendall.

Kylie Jenner and her sister maid about $100,000 from the endorsement of two Famous nail polish brands named Wear Something Spar-kylie and Rainbow in the S-kylie. In November 2013, Jenner sisters launched the brand named The Kendall & Kylie Collection along with PacSun. She also created an account on eBay, where she auctioned her old clotting to collect money for Children’s Hospital Los Angeles. They also launched a handbag and shoe line in the year 2014. In the same year, they hosted Much Music Video Awards and Kylie Jenner also made the acting debut in a promo of the show on June 2014. After that, Jenner sisters appeared in the "Recognize" music video of singer PartyNextDoor.

Kylie and her sister also wrote a science fiction novel called Rebels: City of Indra: The Story of Lex and Livia. In March 2015, Kylie Jenner became the second-ever brand ambassador of famous brand Nip + Fab. In June 2015, these sisters also launch their clothing line named Kendall + Kylie along with famous British fashion retailer Topshop. In August, she announced that they are going to launch a lipstick line named Kylie Lip Kit. In September, she also launched her new website and mobile app for her followers. Then she started in a music video named "Dope'd Up" with famous singer Tyga. In the year 2019, she launched her skincare brand named Kylie skin and she has lots of skincare products in this range.

Kylie Jenner also in a relationship with famous rapper Travis Scott and the couple has a daughter on February 2018. In her past, she had dated well-known rapper Tyga between 2014 to 2017. She is known to have a few friends, including her manager, hairstylists, and makeup artists.

In her career, she will get more success with time and she will definitely expand her career in several other industries. In March 2019, a famous Forbes magazine included the name of Kylie Jenner in the list of billionaires. She’s known to be the youngest self-made billionaire at the age of only 21. With her successful TV career, she made lots of money with the makeup company named Kylie cosmetics that are known to have a worth of $800 million. At the present time, she is having a successful life and she is growing quickly in her career as well as business. As per her future predictions, she will have a successful and growing career ahead.