Home other Significance of Parshuram Jayanti 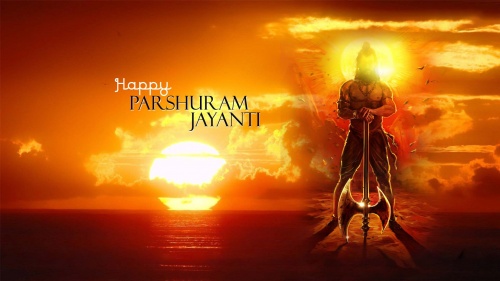 Lord Vishnu's sixth avatar, Lord Parshuram was born on the day of Akshaya Tritiya, i.e., Vaishakh Shukla Tritiya according to the Tithi. He was the fifth son of Renuka (Emperor Prasenjit’s daughter) and Bhrigu dynasty’s Saint Jamdagni. He was the youngest of all the four brothers namely Rumanvant, Sushen, Vishwa and Vishwavasu. He was devoted to Lord Shankara and had extensive know-how and was an extraordinary warrior. Parshuram Shobha Yatra is arranged on this day along with the Bhandaras, Havans, Pujas, and so forth. Initially, He was known by the name of Ram. However, He was called “Parshuram” due to the supernatural weapon referred to as “Parshu” which as given to him by Lord Shankara. According to Bhagwat, Parshuram was born to demolish the kings of Haideya dynasty. Parshuram was the follower of Rishi Vishwamitra.

Some Facts about Lord Parshuram

Far apart from other incarnations of Lord Vishnu, Parshuram is a Chiranjivi and is stated still to be doing penance these days in Mahendragiri. The Kalki Purana writes that He'll reemerge at the termination of Kalyug to be the martial and mystic guru of Kalki and would mentor to the Tenth and the final Avatar of Lord Vishnu, Kalki Avatar. Alongside Rishi Vyasa, Rishi Kripa, and Rishi Ashwatthama, Parshuram is considered to be one of the most primary among the Rishis in Kalyug. He can even turn out to be one of the Saptarishi within the eighth Manvantara together with sage Vyasa, sage Kripa, and sage Ashwatthama.

The meaning of Parshuram Jayanti is derived from ‘Akshaya Tritiya’ where the words ‘Akshaya’ and ‘Tritiya’ means ‘everlasting’ and ‘third day’ respectively. This festive occurs on the third day of the ‘Vaishakha’ month according to Hindu Tithi calendar. Illustratively, Parshuram represents that stage in human evolution when humans were woodland dwellers. There is the fact that the state of Kerala was established when Lord Parshuram threw his ax into the ocean.

Why is Parshuram Jayanti celebrated?

It is indeed considered that any Puja done on this day gives a hundred times extraordinary results than different days. It is also relevant for any donation for a good cause. Parshuram came on the Earth to destroy burdens and get rid of all types of the evil presence. Fasting on this auspicious day is known to be very beneficial for all people. This day has marked the start of the Golden generation of the Hindu way of life and is well known in all parts of India with pleasure and happiness. A mass of donation and Brahmin feeding is offered on Parshuram Jayanti.

Pilgrim places such as Badrinath, Kedarnath, Yamnotri, and Gangotri also reopen on Parshuram Jayanti. The construction of the chariot which is used for Jagannath Rath Yatra in Puri (Orissa) starts on this day.

It is a good omen to take a bath early in the morning and wear clean and smooth clothes for the Puja Occasion. Puja ceremony consists of worshipping Lord Vishnu’s idol or picture with sweets, flowers, kumkum, and Chandan. Providing Holy Tulsi Leaves is considered holistically auspicious.

Couples fasting on this auspicious day are said to be blessed with a child and reborn to be an extraordinary human being. All over India, people aim to start futuristic businesses, marriages, and long journeys on this day. Only fruits and milk products are meant to be eaten during fast, and no cereals or pulses should not be consumed.