Home other Baglamukhi Yantra: A symbol of protection, success and strength The goddess Baglamuhi is considered the eighth goddess among Dus Mahavidyas (goddess of wisdom). The word Baglamuhi comes from the Sanskrit Bagla and Mukhi. The word bagla is a distortion of the original word Valga, which means bridle. Therefore, Baglamukhin is considered a goddess with the power to control and paralyze the enemy and her yantra is known as Baglamukhi yantra. Due to her supernatural powers, she is also known as Stambhana Devi. 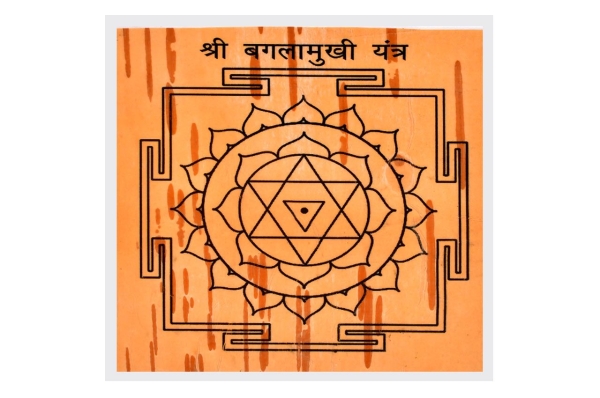 To protect yourself from the evil eye and negative energy, you can use Baglamukhi Yantra in your home, office or even as a decoration. The yantra is a sacred instrument in which figures or symbols are characterized by simple geometric shapes arranged in a symmetrical design that is consistent with the progressive forces and frequency of the goddess Baglamuhi. This mystical religion based diagram has the ability to describe the principles of the goddess Baglamukhi and signifies a mantra or process. This powerful yantra responds to the positive energy of the Goddess and brings her believers success, prosperity and positivity.

Baglamukhi Maha Yantra is used for power and control over enemies. Baglamukhi Yantra is an extremely powerful and useful Yantra for victory over enemies, litigation, controversy and rivalry. The goddess Baglamuhi, the chief god of this mighty Yantra, claims to have secret abilities. This worship of Yantra is performed on a special star and on top of the "greatest power of MARS" with a yellow dress, yellow asanas, yellow flowers and yellow beads.

This yantra is traditionally drawn on a piece of Bhojpatra using turmeric water or Dhatura flour and is worshiped for success. Yantra is now engraved on copper plates and silver / gold plates. Baglamukhi Yantra is very effective in eliminating evil spirits and Yakshani and are also very successful in gambling. It is effective as a reminder of the success over the enemies.

This Yantra also offers protection against cuts, scarves, surgeries and accidents. Anyone who uses this Yantra during the court case will gain success. This is a practical application of this yantra. It is well proven by many people. After pran pratistha, Yantra should be placed in your house on a wooden board or wooden chowki. Cover this chowki with yellow asana and place Yantra on it. Pooja is performed every Tuesday after bathing. Draw water with your right hand, recite the Baglamukhi beej mantra 108 times and sprinkle water over yantra; all your desires will be fulfilled.

How do Baglamukhi Yantra works 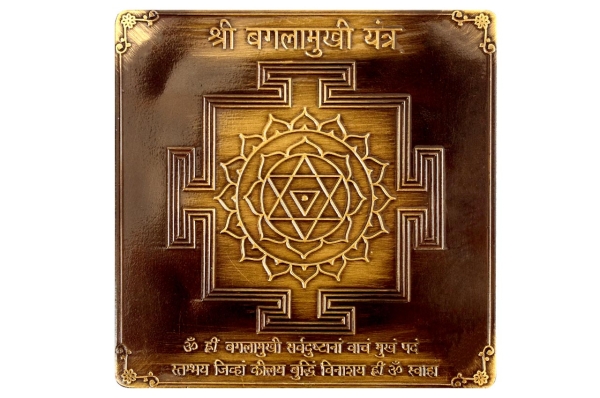 Care must always be taken when installing yantra, as it is very important to set the yantra in the right direction. Yantra supplies energy to the place where it is installed. You can place it near the entrance of your home / office / store or in your living room, reception, or office. You can place it on the table or use it as a wall hanger. It is best to place the yantras to the east facing west. Its mysterious geometry, inspired by the rising sunbeams and divine vibrations from the East Corner, transmits positive transformational energy into the home. The trembling of the yantra will create an aura of positive energy around you.

When you look at Baglamukhi Yantra, you will see some symbols engraved or printed on it. The yellow design forms a bind engraved inside the inverted triangle. An invertebrate triangle or tricolor is surrounded by a star shape called a shatkona or hexagonal circle. The shape of the circle is surrounded by the shape of lotus pedals. The petals of the lotus are again inserted in a circle surrounded by lily petals with small carved petals. Bindu shows its true energy and density in the middle. It is also called the cosmic ray center. Bindu, surrounded by various surfaces such as triangles, hexagons, and circles, represents a connection to the creative force or energy that controls the yantra. The lotus petal symbol is called Padma (divine lotus). The lotus in the baglamukhi yantra represents the unconditional power of the Supreme Absolute Truth. The lotus serves as the seat of God. It grows in mud, but is never affected by mud tongs, which means getting away from outside forces (the outer world) and preserving its original nature, which is pure and divine. The circle, also known as the chakra, means the circulation that is at the core of macrocosmic development. At the same time, the circle symbolizes the perfection and peaceful creative space of the Vishudha Chakra. In a series of five main elements, it represents the Element of Air. A hexagon, also known as a shatkona, is an archetypal combination of two triangles built across Yantra. It symbolizes the divine union of Shiva (Male Energy) and Shakti (Female Energy), which is the cause of all creation, and the triangle, also known as Tricona, symbolizes Shakti, the full feminine energy of theology. It completes the creation or manifestation of the material and spiritual worlds. The lower triangle represents Yoni, the source of all creation. The point-down triangle represents the water element for the flow of water downstream. The element water represents Shakti. 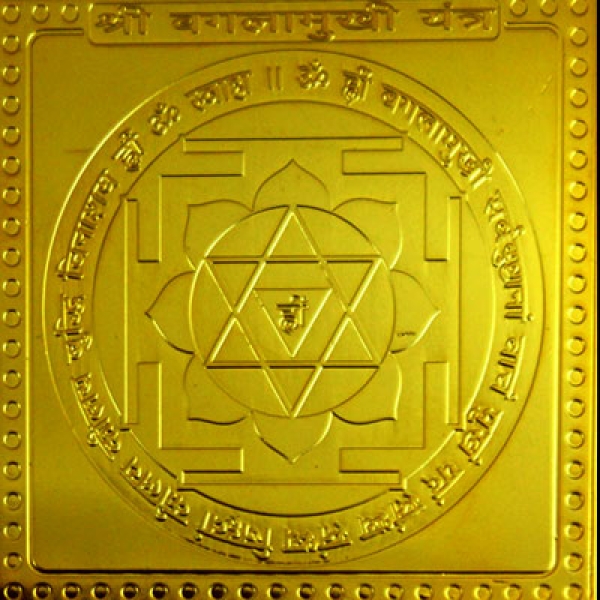