According to Hindu tradition, Lord Shiva, the creator of the world, lived on Mount Kailash. Indians around the world believe that there are three Mount Kailash in the world. The first is called Kailash Mansarovar or Greater / Bada Kailash in Tibet, the second is called Adi Kailash or Chota Kailasha also known as Om Parvat in Uttarakhand, and the third is called Kinnaur Kailash in Himachal Pradesh.

Om Parvat marks intersections on the border of Tibet, Nepal and India. Not only that, this ancient Himalayan peak is very beautiful.

Om Mountain also has a huge collection of mythical stories. But perhaps the name is the most important reason for its popularity. The most striking feature of this peak is the magical "OM" effect, which naturally creates snow against the dark background of the mountain. 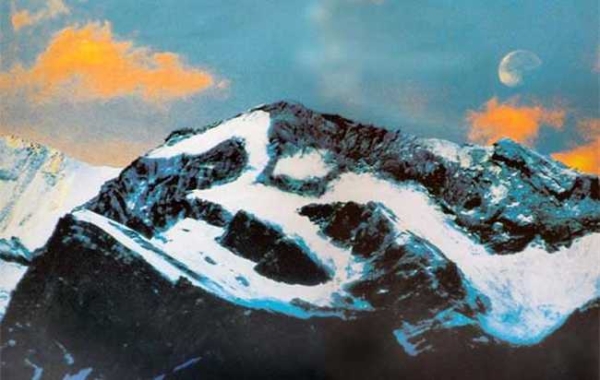 The most striking feature of this peak is the "OM" view, which naturally forms snow on a black mountain background. It looks like Mount Kailash in Tibet. Some people say that this miracle of Om proves that this place is a spiritual place and Lord Shiva is seated here.

Om (also known as Aum) has a strong meaning and significance. The Om mantra, which is part of the scriptures of most Indian cultures, is called for higher consciousness. In addition, Om is considered sacred and has a high spiritual and creative energy.

For example, the Earth vibrates at a frequency of 7.83 Hz and OM also vibrates. Thus, the initial vibrations of molecules and atoms are represented by OM. In addition, OM responds on Earth with a heart rate of 7.83 hertz.

Om Parvat is considered sacred by Hindus and is a place of pilgrimage for many people from all over the world. They visit it to see a pattern of snow that is similar to the Om symbol. Lake Jonglingkong and Parwati Lake are also nearby. Lake Jongling Kong is as sacred to Indians as Lake Mansarovar. Opposite this magnificent peak is Mount Parvati Muhar, which has a passage of the same name.

On this mountain is the abode of the gods 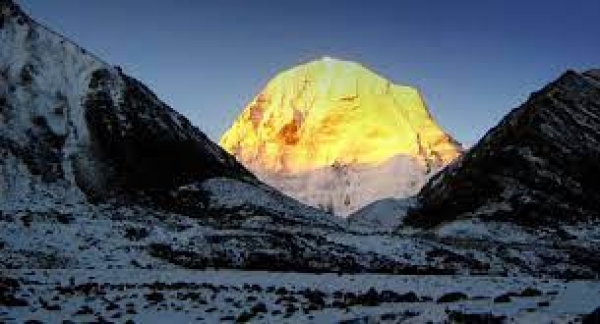 The deities are said to reside on top of the mountain. Many gods are absorbed in meditation here in an invisible form. Reaching this mountain is a difficult task. That's why most people see it only from below. Apart from Hinduism, this mountain is also a place of faith for the Tibetan people.

The deities visit the lake everyday
As everyone knows that Kailash Mansarovar is the abode of Lord Shiva, where even today Shiva is believed to be sitting. If we talk about the belief of Kailash, then it is the dream of all Hindu people that they must go here once and fulfill the purpose of their life.

There are many ponds on Mansarovar. Some of these are closed to humans. Where going is prohibited but some pools are open to humans.

It is believed that one such lake, Sundar Sarovar, comes here between 2 and 4 in the morning to take a bath. By the way, Kailash Mansarovar place is said to be the abode of the gods. Even today many gods have meditated here. 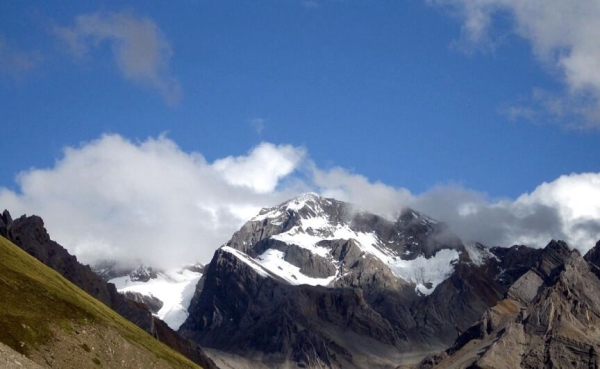 ALSO READ: Pradosh Vrat: The most sacred and infallible fast of Shiva, know how to do it
other