Shardiya Navratri 2021 Day Six: Also known as Mahishasurmardini, the goddess Katyayani symbolizes intelligence and peace. She is worshiped on the sixth day of Navratri.

Shardiya Navratri 2021 Day Six: The sixth day of Navratri (Shashti) is dedicated to Maa Katyayani. Maa Katyayani rides a lion and has four hands. She holds a lotus flower and a sword in her left hands while her right hands remain in the Abhaya and Varada Mudras.

Considered the destroyer of evil, the planet Brihaspati is believed to be ruled by the goddess Katyayani. She symbolizes intelligence and peace. Also known as Mahishasurmardini, she killed the demon. The Mahishasura massacre is celebrated as Durga Puja in many parts of India.

According to the Vamana Purana, he was created from the combined energies of the gods Brahma, Vishnu, and Shiva when his anger against the demon Mahishasura manifested in the form of energy bolts. The rays crystallized in the Katyayana Rishi Hermitage, giving it the proper shape. She is therefore also called Katyaani or daughter of Katyayana.

In certain texts it is mentioned that Katiyana Rishi was a fervent devotee of Goddess Durga and admired her devotion and adulation of her, Goddess Durga granted her wish to become the father of the goddess. 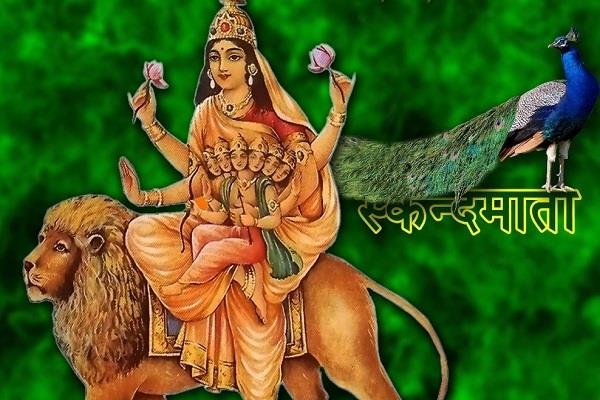 The Importance of the maa Katyayani

The blessings of the goddess Katyayani are said to help wash away the sins of devotees and remove negative forces, removing obstacles. Worshiping her is said to aid in the "manglik dosha" of the devotees. Unmarried girls also practice fasting on this day in hopes of finding a husband of their choice.

The story of the goddess Katyayani 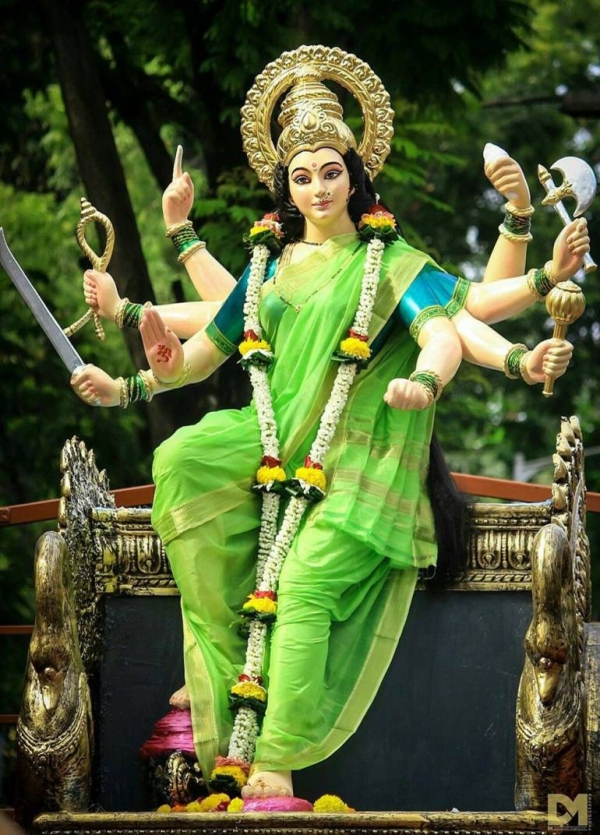 Long ago there was a sage named Katiyana who was a devotee of Goddess Shakti. He had always wanted the goddess Shakti to give birth to her daughter. During the same period, the evil demon Mahishasura, gaining more and more strength with each passing day, had become a matter of concern to the gods. They prayed to the goddess Shakti and asked her to save them from the wrath of Mahishasura.

The goddess Shakti, looking at the sage Katyaana's devotion, decided to give birth to her daughter and kill Maheshasur. Katyayani grew up to be a strong, beautiful, and skilled fighter. One day, Chandha and Munda saw Katyayani fascinated by her beauty and returned to her teacher and told her all about her. Mahishasura immediately asked her other messenger, Dandubhi, to go talk to Katyayani.

When Dundubhi went to meet Katyaani with the Mahishasura program, she smiled and told Dundubhi that according to the tradition of her family, he would have to defeat her in a fight if he wanted to marry her. Dundubhi relayed the same to Mahishaura, who accepted her terms.

In a fierce battle between Katyayani and Mahishasura, the latter was turned into a buffalo and the former struggled to fight like this. I quickly got on his back. Mahishasira was shocked by this move and tried to get rid of it, but to no avail. Then Katyayani put her foot on the back of Mahishasura's neck, pierced him with Trishul (a trident) and cut off his head. 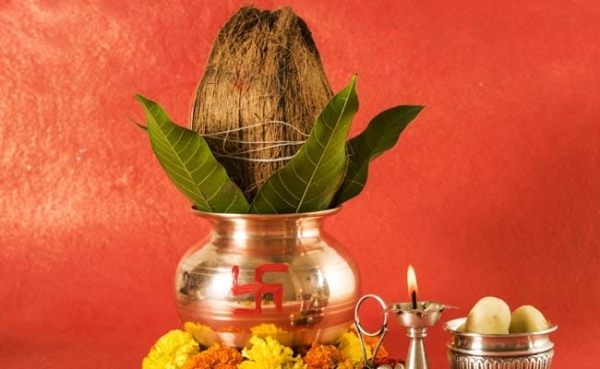 Before starting puja, devotees should shower and put on clean clothes. After cleaning the puja site, fresh flowers are served. Honey and prasad are offered to the goddess. One should hold lotus flowers in his hands while reciting the mantra and praying.