There was a Demon King named Hiranyakashyap who won over the kingdoms of the Earth. He was so selfish that he commanded everyone in his kingdom to worship him. However, much to his disappointment, his son Prahlad became fiery in Lord Narayana and refused to worship his father.Here, began the holi story. 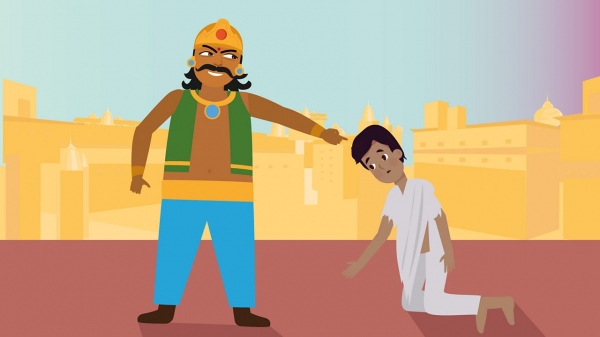 Hiranyakashyap tried various ways to kill his son Prahlad, but Lord Vishnu saved him each time. Finally, he asked his sister Holika to put a blazing fire with Prahlad on his lap. Because Hiranyakashyap knew that Holika had a blessing, as she could enter the fire unharmed. 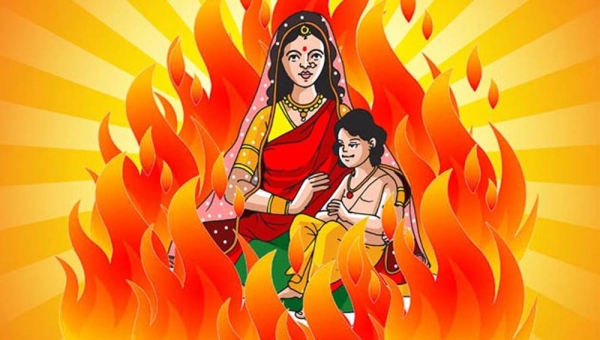 Treacherously, little Holika persuaded Prahalad to sit on her lap and sat on her seat in the middle of a blazing fire. Legend has it that Holika was forced to pay the price for her evil wish for her life. Holika didn't know that grace only works when she enters the fire alone.

Prahlad, who had been repeating Lord Narayana's name all this time, came out unscathed, as the Lord blessed him for his extreme devotion. 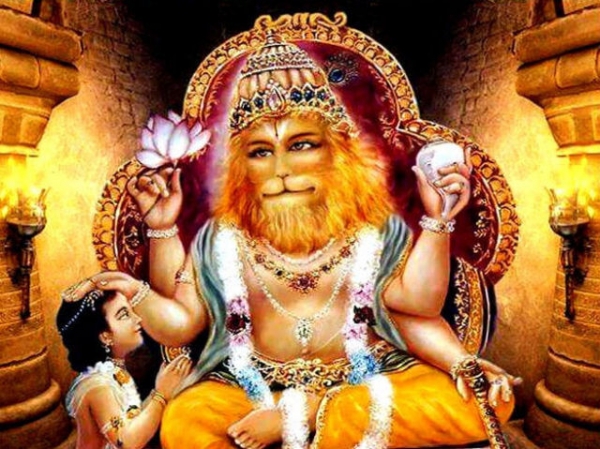 The Holi festival is also celebrated as a victory for the devotee. The legend also describes that a person, no matter how strong he is, cannot harm a true Savior. And those who dare to torment a true lover of God will turn to ashes.This Holi story has its significance in Hindu mythology.

Even today, people make a "Burning Holika turns to ashes" scene every year to celebrate the victory of good over evil. In many states of India, and especially in the north, Holika statues are burned in the huge fires that were lit. There is even the practice of throwing cow dung on the fire and yelling profanity as if it were a hulika. Then everywhere you hear the cry: "Holi hai! Holi hai!".So this was the Holi story behind this ritual. 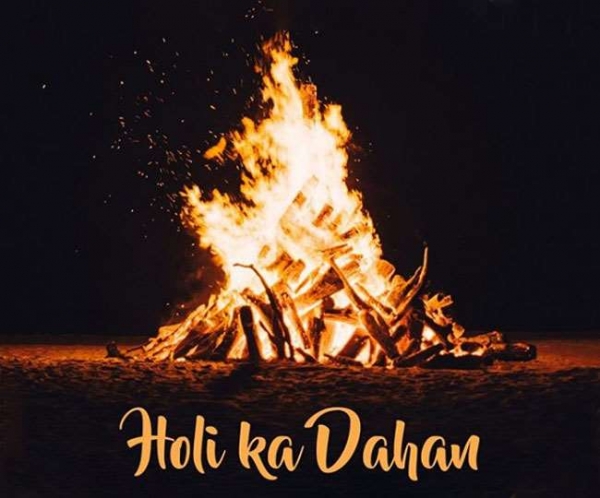 The tradition of burning the Holika is also practiced religiously in Gujarat and Orissa. Here, people express their gratitude to Agni, the god of fire, humbly offering grams and stalks of the harvest.

Also, on the last day of Holi, people bring some fire from the fire to their homes. It is believed that by following this habit, your homes will be pure and your bodies will be free from disease. There is also a tradition in many places of cleaning houses, removing and burning all the dirty things in the house. Thus, pathogenic bacteria are destroyed and the health of the area improves.