Home other Aghori-Unorthodox Path to Enlightenment 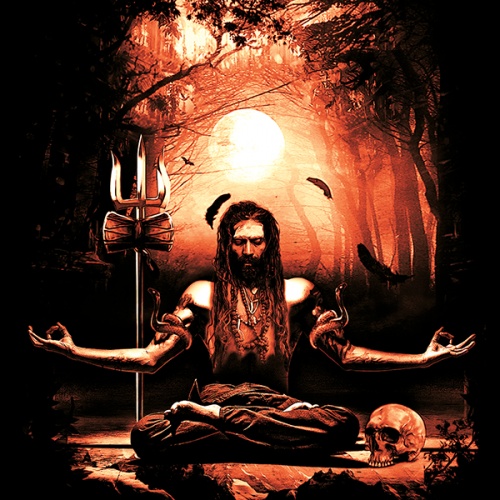 India is a land of various sects and we Indians are free to follow any religion, India being a secular country. For every human being, living a sound life is based on some principles associated with the differentiation between good and bad. Moral values do paly a vital role for the existence of human life. Every individual has different perception towards life. In India there is a certain sect of Sadhus (sage) who do not consider the established moral values and principles and are not guided by them at all. They are known as Aghori. The Aghori sadhus are basically the devotees of Lord Shiva. Unlike other sadhus, however, the Aghori follow an unconventional and radical path towards enlightenment.


There is fine line between the “suspect” and “respect” perception towards the Aghori Sadhus in India. The practices followed by the Aghori are considered to be unorthodox in Hinduism and of course these practices have entitled them with most feared sadhus in India. The Aghori worship Shiva or Mahakala, the destroyer, and Shakti or Kali, the goddess of death.

You might have negative thoughts hovering over your head that why I am saying Aghori as unorthodox path of enlightenment. I am suggesting this term because Aghori are known for their extreme and outlandish violations. Of typical orthodox Indian society. They do not follow their taboo rituals so considered as unorthodox, but they are the core believer that life is just as god has given us so in leading life no one should be judgemental. Some mainstream Hindus condemn Ahgori as non-Hindus too.

Aghori Sadhus in India are the devotees of Lord Shiva, and consider him to be creator and destroyer of all that is. They are found in great numbers in near the river banks of sacred river Ganga in Varanasi. Aghoris are also found in the rural or remote areas including cold caves of the Himalayas, the dense jungles of Bengal, and the hot deserts of Gujarat. Aghori lives in and around the crematorium area, where they perform their rituals. And tantras with the dead bodies. But the truth behind this life style is that they do not harm to anybody. They find close connection with Bhairava (a form of Lord Shiva), which is considered as a supreme tantric deity according to Hinduism.

The core orthodox Hindus considered Aghori as disgusting, people as they eat human flesh, drink from their skulls, smear their bodies with cremation ashes, sit on top of dead bodies to perform rituals in the cemetery ground, eat feces, consume rotten meat and drink urine as well. Aghori do not consider moral values and ethics as a part of their lifestyle.


5M concept or Dakshinakara of Aghori


The Aghori breaks all the shackles that normal Sadhus considered as ethical according to Hinduism. They do not even care what society thinks about them, they are totally immersed in themselves. They leave the worldly pleasure and they become self-involved for their wellbeing. Although they go through so much of penance, their goal is not to divide creation with right or wrong, good or bad, holy and unholy because, for them, undivided attention and perception of the world will make them break through the cycle of birth and rebirth.

One of the well-known rituals of Aghori is Cannibalism. Aghoris intentionally do not harm or kill people to eat human flesh. Instead, it is the flesh of corpses brought to the cremation grounds that they consume. Aghori consume often raw human flesh, though sometimes they roast human flesh in open fire.

The Aghori believes that distinctions often come as an obstacle in the path of liberation. The distinctions are just delusions and it is barrier in the path of spiritual development. The consumption of the flesh of corpses, therefore, is an affirmation of the Aghori’s belief system. Aghoris drink urine and even eat human faeces in order to kill the ego and derail the perception of beauty among human beings.

Aghori belief system says shunning of clothes. Aghori often move out in loincloth and sometimes nude too. The reason behind moving out nude is that this act helps Aghori to overcome their feeling of shame and it can also be seen as the renunciation of the material world and attachment to the materialistic objects.

Aghori smears their body with the ashes of human cremanted remains, the ashes protect them from diseases and they see it as an imitative behaviour of Lord Shiva.

Most notably, the Aghori uses human skull. The skull, or ‘kapala’, is the real sign of the Aghori. Once an individual accepts the lifestyle of Aghori belief system, they go in search of skull. Aghori uses skull as a bowl for the consumption of eatables and drinking water too. They share this skull with cows and dogs also.

Reason behind carrying skull by Aghori lies in the Hinduism. According to Hinduism Shiva once decapitated one of Brahma’s heads, and was forced to roam about the outskirts of society whilst carrying the head. Therefore, seeking to follow Shiva, the Aghori also carry human skulls with them.

Aghori keep human skulls due to the belief that after death, the life force of the deceased clings in the top of the skull. The Aghori believes that the with the chanting of several mantras and offerings especially alcohols, they can gain control over the spirit.

The practices of the Aghori are indeed highly unorthodox and extreme, and would almost certainly be rejected by the majority of Hindus. Though the Aghori themselves perceive their actions as a faster means to achieve moksha, the necessary rituals to achieve their goal are far too radical for most people.

The life of Aghori is not easy to follow, they have to meditate for 12 years and follow certain rituals under the supervision of their Aghori Guru to attain the powers.

Aghori believes that sexual intercourse exhibits them with undeniable supernatural powers. According to Hinduism, abstaining from sex is one of the ways to reach God, but Aghoris have different approach. They practice sex with even dead bodies in cremation ground. They believe having sex in the midst of dead bodies gives rise to supernatural powers and the sexual act takes place while drums and beaten along with mantras are chanted. They make sure that women should not be forced to have sex with them and they should be menstruating at the time of sexual intercourse.

Aghori claims that they have medicine which can treat deadly diseases like cancer and Aids, but it is considered unethical in medical sciences. The Aghori extracts Human Oil from the dead body burning from the pyre and use it as a medicine. Although the medical tests have not been performed but no one has seen any Aghori ill too.

The Aghori too have a holy book. This book is called the Avadhuta Gita. The book specifies that Baba Keenaram was the founder and the Adi guru of Aghori tradition.this book contains all their teachings and beliefs.

The use of Marijuana is not advisable for public. Aghori smoke Marijuana in order to have more concentration. Under the drug effect they chant mantras to please the God. The delusion and hallucinations provided by Ganja are taken as religious ecstasies and heightened spiritual experiences.

The Aghori always embrace the life in its real form. They believe that we should not be judgemental towards life. They get accustomed with everything which people consider as impure, disgusting and evil forms of life. They befriend the darkness, the mystical, the terrible and the magical not with compassion, but with the idea of non-rejection. They want to experience the life in its natural form without guiding themselves with the forces of good or bad. This perception of life makes them revolt against the ideas of moral orthodox persisting in Indian Culture and that’s why Aghoris are the unorthodox path of enlightenment. According to Aghori belief, liberation may be achieved by embracing practices which are considered taboo by orthodox Hinduism.


Aghori belief system portrays that all who are born. “All are Aghoris”. All are devotees of Shiva. When human being is born, he is Aghori, it is the society which teaches human being to distinguish between morals, ethics, good or bad. For example, when a child is born, he is unknown to the materialistic world, unless and until his parents teaches him about good or bad. He even plays with toys in his filth too. The kids are born innocent and fearless. It is the world which makes changes in them. So Aghori belief system is trying to make realize that everything which we have made around is illusion, we should go back to our original form that is “Aghori” and if we all follow them, everyone will have same power no distinction.