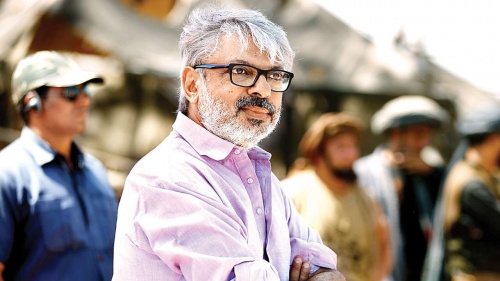 At he was engaged with the Choreographer Vaibhavi Merchant but according to the sources they were separated.

College- Graduation from Film and Television Institute Of India Pune.

After completing his studies he started his career as an assistant director of Vidhu Vinod Chopra. He has assisted Vidhu Vinod Chopra for films like 1942 Story. In 1996 he had headed ahead and for the first time he has written and directed his Film Khamoshi Musical starring Manisha Koirala, Salman Khan Nana Patekar. Although this film has not done well on box office critically it was acclaimed. His second directional movie Hum Dil De Chuke Sanam came in 1999. He had produced the romantic drama which not only loved by audiences but it was screened at Indian Panorama section of International Film Festival Of India in 1999. It was a huge success both commercially and critically. The third Film Devdas came in 2002. It had escalated the Bhansali’s career to its peak. The film was shown at Film Festival in 2002. This film was submitted for the Academy Award for Best Foreign Film. In 2005 he released his another incredible movie Black which has broken all the records and banged eleven film fare awards in Even the movie Black was selected by Time Magazine (Europe) as the fifth of the 10 Best Movies of the Year 2005 from across the globe.


In 2007 he released his next movie starring Sonam Kapoor and Ranbir Kapoor this was a serious flop at office and even badly criticized movie of Sanjay Leela Bhansali.

In 2010 he came up with his next Film Guzzarish starring Aishwarya Rai and Hrithik This movie was directed and produced both by Sanjay Leela Bhansali and even he composed music for the movie.

He had judged the dance reality show Jhalak Dikhhla Jaa Season 1 along with Shilpa Shetty and Farah Khan in 2006. In 2011 again he judged the reality Show X Factor India along with Shreya Ghosal and Sonu Nigam.

The year 2013 he had produced TV Serial Series Saraswatichandra which has received positive reviews by the audiences. In 2013 only he came with his movie Ram- which was a controversial one. Some of the religious authorities came up with their views that Ramleela the title is not enough as they are not depicting even a single story of Ram Leela (story of Lord Ram). So the Delhi High Court has passed a stay order for the film release then Sanjay Leela Bhansali changed the name to Goliyon Ki Raasleela-Raamleela and released the as per the scheduled date but not released in Uttar Pradesh as  High Court has banned the release of the Film.


In 2015 he directed he produced BajiRao Mastani which was a mega-hit on the silver screen of Indian Cinema. It has done commercially excellent on box office and even Screened under the Panorama Section Of International Film Festival India.

In the year 2017 again Sanjay Leela Bhansali hit the theatre with his big bang hit controversial movie Padmavat. The controversies Revolved around the ideas of the movie that the depiction of the Rajput queen in the movie has been misinterpreted and other was facts regarding the story are distorted. So again Sanjay Leela Bhansali hit the silver screen with unbelievable story and screenplay and music of the movie Padmavati as .

2016-he has debuted as a director in Marathi Films too.

In 2015 he was awarded the fourth highest civilian award Padam Shri.

Sanjay Leela Bhansali has a tremendous contribution to the Indian Hindi Cinema. Each and every movie of him is so creative in his own style. The costumes of the actress and the jewelry and the huge Film sets often have the glimpse of rich Indian culture and are presented in so elegant style. In 2019 his creativity will again hit the silver screen of Indian Hindi cinemas. His upcoming movies are