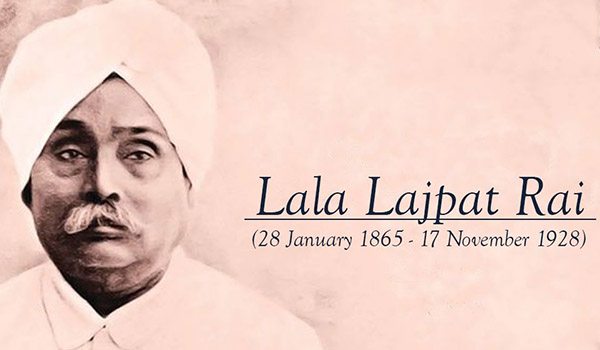 When we memories the names of Indian freedom fighters, one name certainly knocks our minds, Lala Lajpat Rai. He is a renowned personality and also popular as “Punjab Kesari” (The Lion of Punjab). He is one of among Lal Bal Pal triumvirate. He had played an undoubted role in making India free from British bondage.

He was an author too and a well-known political figure of India.

Let us have a look into the personal and professional life via aspect of astrology.

Personal Life (Trait, Family, Health and Marriage): Born on 28th January, 1865 Lala Lajpat Rai was an Arise by ascendant and he was a Capricorn by Moon sign. According to Vedic astrology, he was a strong individual by mind and heart. He was an Arise ascendant. Hence, he was a strong-headed person and he had the ability to lead that our nation had experienced earlier. As he was Capricorn native according to Moon sign, it showed he was firm and strong mentally as well as physically. Hence, He had Ketu in his lagna or ascendant. So, it indicates, he was an analytical brain.

He was renowned as author, Venus in the 12th house which was in exalted position proved it.

His 4th lord Moon is placed in 10th house and it is a Kendra place. It indicated a peaceful life in family and home.

Mars in the 2nd house shows his jovial structure and no doubt it was strong and showed his dominated nature. The placement of Rahu in the 7th house proves his desire for power. He was calculative by nature and realistic in thinking.

He got married in his age of 12 with Radha Devi Agarwal. He had three children, two sons and a daughter. His 5th house lord is strong enough and it is placed in 10th house (the Sun), and it indicates, he would be endowed with healthy children and he had it.

He had endowed with peaceful and happy family life and it was harmonious too.

Career: Lala Lajpat Rai was a dominative figure. The placement of Sun in the 10th house shows his power and public visibility, and it was already proven. He was a quick learner and well focused in his work.

He had a strong grasp in political field. His power of writing also gave him the public visibility that he needed to fight against British raj. When Mars in 2nd house provided him strength in mentally, Venus in 12th house provided him power to write.

The placement of Rahu in his 7th house made him hungry for power and he had strong desire to achieve so many things. 7th house Rahu also gave him fuel to carry on in every situation.

The 3rd house lord Mercury is placed in his 9th house. It is also a very good placement for communication via higher studies. if you put a glance at his academia then you can see that he had gone other states for studies and met people from different fields.

He was active in politics and involved in national freedom fighting activities during his Jupiter and Saturn Mahadashas.

Lala Lajpat Rai is an inspirational personality and we all salute him for his works that he had done to achieve freedom for our country.