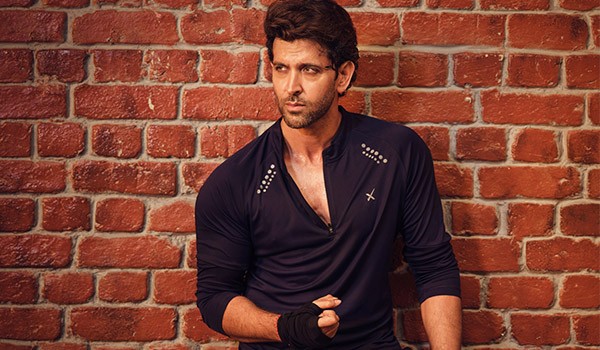 Can you stop your body to move when you the song “Kaho hai” and “Ek pal ka to hai ” even in today? When the Bollywood industry was dominated by Shahrukh, Amir, Salman, Ajay and promising star like Akshay Kumar, Hrithik entered into Bollywood and made his debut in the film “Kaho Naa…Pyar Hai”.

It was long back, but Hrithik has managed to possess space in our hearts. Beyond a shadow of , he is a talented actor and has proven his acting skill in many unusual roles. He has given a number of hit films including Koi….Mil Gaya, Krissh, Dhoom 2, Jodha Akbar, Guzaarish, Zindagi Na Milegi and Agneepath and so on to Bollywood audiences.

His 1st house lord Jupiter is placed in his 11th house and it is an auspicious yoga. Due to this yoga, he manages to fulfill his desires faster. When it is all about his family, the ground is a bit stressful for Hrithik. The placement of Saturn and Ketu in the 4th house makes his family life miserable. Even, the placement of Saturn and Venus create in his married and caused divorced.

Hrithik is romantic by heart. He is a very romantic person and loves his children very much. As his 5th lord Moon is placed in its own sign, Cancer, he is fortunate in love, earning fame, money and in of children. The placement also indicates love marriage and he had marriage.

Career: When we are discussing of Hrithik and his upcoming opportunities in 2019, we need to put a glance at his 6th and 10th lord. Though, it is meaningful to check out the lords of 2nd, 7th, 11th 12th a bit. All these aspects play a major role in his career. Even, we cannot overlook the Mahadasha, he is going through.

Hrithik’s 6th lord is Sun and it is placed in 10th house. It is really a good sign for his career. The 2nd house lord Mars is placed in his own house and it shows that he can have a good saving. His lord (Ascendant lord Jupiter) is placed in the 11th house and it indicates the fulfillment of his desires and dreams. No doubt, he is a renowned actor in Bollywood.

Though, his 6th house lord Sun goes into his 10th place of the birth chart. It seems good, but with the conjunction of Rahu in 10th Sun is unable to provide benefit result to him.

He is running through the Sun Mahadasha. Sun is sitting here with Rahu, he is not getting a satisfying result in this Mahadasha. Sun Mahadasha has started in the year 2012 and it has already ended. If we see closely then we would not find any growth in his career during these 6 years.

But, he will do better in his career in years and 2019 will be promising for his personal and professional life. According to astrology, 2019 will be fruitful for Cancerians as well as for Pisces natives. Whether it is finance, career, family relationship, he is going to live a promising life. We will achieve success in his profession. Currently, he is undergoing Moon Mahadasha and it will surely earn name and profit for him via his acting career. As Jupiter and Venus aspect his Moon, it can be considered a good and prospectus time period for him and it will go for ten years.

We wish success to him for his life and career. May deity of luck smile on him and he can achieve his goals easily.