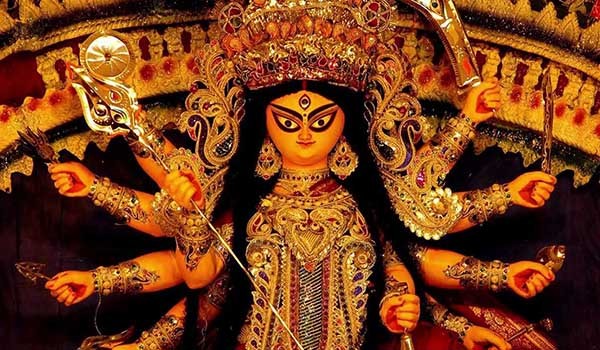 Navratri also spelled Navaratri or Navarathri, is a nine nights (and ten days) Hindu festival, celebrated every year in India. Navratri comes from the Sanskrit word ‘Nava’ which means nine and ‘Ratri’ that means night. It is celebrated in different ways in different parts of the country. Theoretically speaking, there are four seasonal Navratri. However, Sharad Navratri in the Gregorian months of September and October.

In the eastern and northeastern states of India, the Durga Puja is synonymous with Navratri. It is believed that goddess Durga establishes Dharma after winning the battle against the demon on this day. In the northern and western states, Navratri is synonymous with "Ram Lila" and Dussehra. Dussehra is a festival that celebrates the victory of Lord Ram over the evils of Ravana. In southern states, the victory of different incarnations of Rama or Saraswati is celebrated. Wherein, the message in all the celebrations is the victory of good over the evil that establishes Dharma.

It is celebrated from 29 September 2019 in this year. There is a tradition to wear dresses that symbolize the colors of Navratri on each of the 9 days. There are 9 special Navratri colors in 2019.