Home festival WHY DO WE CELEBRATE BHAIYA DOOJ - StarzSpeak WHY DO WE CELEBRATE BHAIYA DOOJ

Bhai Dooj 2021: Also known as Bhai Tika, the festival represents the bond of love and protection between siblings.

As is common in most Hindu festivals, there are many legends associated with the celebration of this auspicious festival, the most famous of which deals with Yamraj, the god of death. According to this legend, Yamraj's sister the Yamuna tried to persuade her brother to visit her on numerous occasions, but Yamraj was unable to do so for a long time. When he finally met her, he was greeted with a big party, gave her candy, and put a festive tikka on her forehead.

Being so, delighted with the love and respect with which he was showered, Yamraj blessed the Yamuna and in turn asked her to set aside a day to visit her home every year. Therefore, the rituals of the visiting brothers began on this day to honor the kinship between them.

Why we celebrate Bhaiya Dooj: 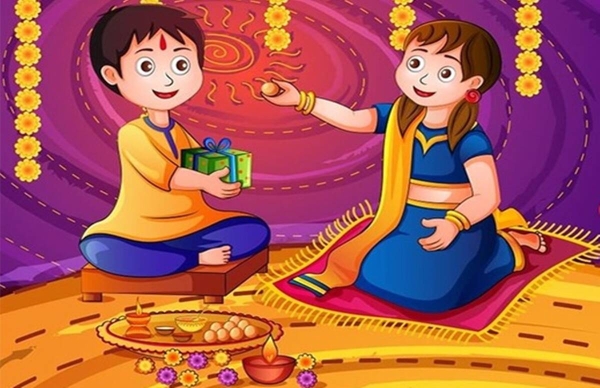 Another legend says that on this day, Lord Krishna went to visit his sister Subhadra after defeating the demon, Nakamura. Subhadra greeted him with a crown, put a tikka on her forehead, and performed aarti, leading to the Bhai Dog Festival.

In its essence and feeling, Bhai Dooj is quite similar to Raksha Bandhan, but on this occasion, the ceremonial Rakhi is not tied on the wrist. On this day, older siblings give gifts and money to their younger siblings, who in turn apply tikka to their foreheads and pray for their well-being and protection. The whole family comes together to celebrate this auspicious festival and enjoy the various delicacies of Diwali.

Bhai Dooj is celebrated in different parts of the country with different rituals and has a lot of associated folklore. Known as Bhai Photo in West Bengal, Bhau Beej in Maharashtra, and Yama Dwitiya in South India, the festival is celebrated with sisters putting tilak on their brother's forehead along with a special mantra that they chant while he is there. While he is in Haryana, along with the tilak ritual, the dried coconuts are tied with a kalaawa rope across the width and served at the time of aarti. 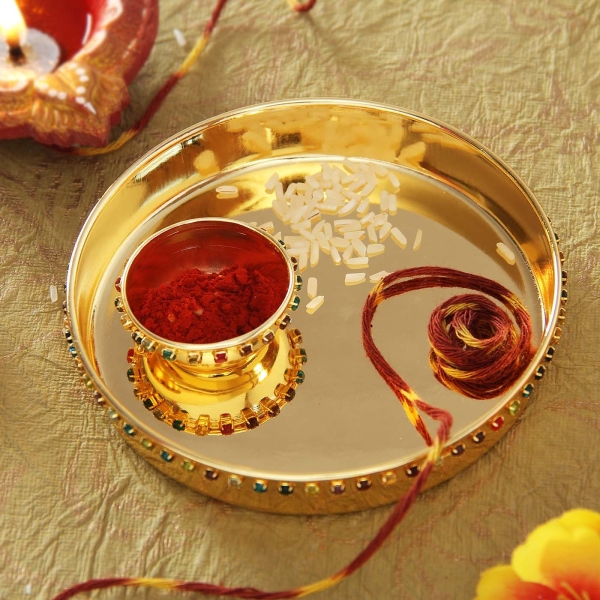 There are few Hindu mythological stories about the origin of this auspicious day. According to a legend, it is said that after defeating the evil demon Narakasura, Lord Krishna visited his sister Subhadra. Her sister warmly welcomed him with sweets and flowers. She then applied a ceremonial tilak on Krishna's forehead. This is believed to be the origin of the "Bhai Dog" festival.

The bond between siblings is worth celebrating throughout the year. According to Hindu tradition, Bhai Doj, also known as Yama Dwitiya or Bhai Tika, celebrates this bond of love and protection.