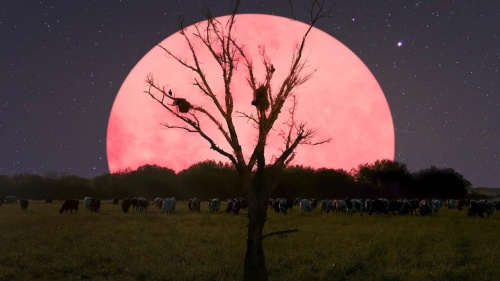 We have witnessed tremendous celestial events in the past year and now we have another astounding astrological event lined up for April. The full moon of April is lined up for the 7th and will be a supermoon. There’s a lot that’s exciting about this celestial event and a lot that you will need to appreciate its true beauty.

Why is it called a Pink Moon?

The full moon that we see this April will be the first full moon of the spring. The name that it has received, pink moon, comes from the Native North American wildflower that blooms in early spring. The name isn’t so because you will see a pink moon, like the blood moon which is actually red. The full moon that you will witness would be bigger and brighter but definitely not pink. For the same reasons, that it is the first full moon of the spring, it is also sometimes called the egg moon.

The reason this full moon is called a Supermoon is that when the moon reaches the nearest point to Earth from its orbit, it will appear slightly larger than average. It is also 30% brighter than the normal full moon.

True full moon, every cycle, can only be experienced when it's in its apex but anyone would be able to tell the difference between what you see on Monday night, Tuesday night and on Wednesday night. All three nights, the moon would show different brightness and roundness and would be at its best on Tuesday night.

One can’t expect immediate results in the functioning of tides. The true results of the effects of the super moon will be seen on Thursday night when the high tide comes in. The coastal location will also make a lot of difference in the time lag of tides.

The largest moon of the year

Some also believe that it is an illusion that we see which makes the moon look bigger or bloated. The view, however, is stunning. You will be able to see it for yourself this year when the Super pink moon rises in the night sky.