Home other Importance of Mercury in Astrology

Importance of Mercury in Astrology 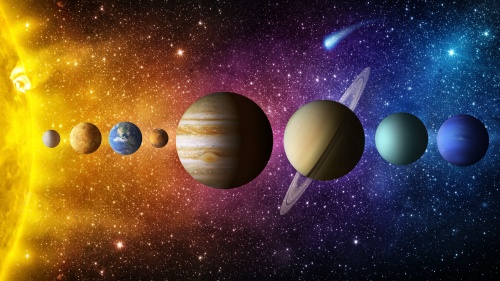 Mercury planets in Vedic astrology
In astrology, the planet Mercury influences the 12 expressions in our horoscope in different ways. These effects affect our direct lives. Apart from this, the importance of Mercury in astrology a neutral planet, but due to the combination of different planets, changes are also seen in its fruits. Let us know in detail how different effects of the planet Mercury affect -

In Vedic astrology, the influence of the planet Mercury in every sense -

Mercury in the first house
He is a master of long life, proficiency in mathematics and calculating subjects, has a witty nature, that is to say everything in a funny tone, is interested in works of religion.

Mercury in the second house
There is an interest in doing good work, a lot of courage, faster than intelligence, a lot of hard work, there are qualities like a lawyer or a leader, there is money in talk, interest in brokerage and stock market work. .

Mercury in the third house
Has a pen of writing, has the ability to operate computers and similar devices, is proficient in making software, etc., is interested in painting and poetry, has passion in subjects, is also full of virtues, is fat There is a body, there is a chubby shape, sisters are more and brothers are less, father's wealth becomes useless.

Mercury in the fourth house
One is fortunate, skillful in donating, daring to understand the ill-mannered and illustrious in donating, has the art of writing, is accustomed to follow policies, is intelligent.

Mercury in the fifth house
From birth, selfishness is full in life, there is cleverness in taking out your work, after forgetting work, there is a habit of forgetting, lack of children, only want of money, mentality towards doing ground work and land etc. Keeps maintained.

Mercury in the sixth house
It feels good to collect, but speech has a sweetness, a lazy body, a sense of pride, an assortment of hard work and sexuality. It is nice to serve others.

Mercury in the seventh house
It is pleasing to the husband or wife, has a strong body, bursts out belly, has a beautiful and noble nature, has the ability to edit, has a generous nature.

Mercury in the eighth house
He is of long age, has a beautiful wife or husband, is not confident, has expertise in farming, such as gardening, etc., involves dishonesty in doing justice, profit from trade is only in brokerage work. is.

Mercury in ninth house
He is intelligent, wishes to do pilgrimage, is a talker in his society, a poet has a degree or diploma in singing, there is a psyche for the work of justice. There is good knowledge in foreign people and English.

Mercury in the tenth house
It is also believed to be short-lived, resembles the nature of the mother's sister, there is no loyalty towards the father, the feeling of ending one's own works by own efforts.

Mercury in the eleventh house
Wish for immense wealth in profit, father gets his property, younger brother is affectionate with sister, painful for mother, more attention is given in education and entertainment.

Mercury in the twelfth house
The scholar has a divine nature, has the ability to hold any language, has knowledge of divine knowledge, is considered virtuous in society, has good knowledge of scripture and has a lazy body.

Importance of Mercury in Astrology
In astrology, the planet Mercury is considered to be an auspicious planet, that is, it gives results according to the consistency of planets. If Mercury is with auspicious planets (Guru, Venus and Moon Moon) then it gives auspicious results and gives inauspicious results in association with cruel planets (Mars, Ketu, Saturn Rahu, Sun). Mercury is the lord of Gemini and Virgo. Virgo is also its high zodiac sign while Pisces is considered its low sign. Among the 27 Nakshatras, Mercury is owned by Ashlesha, Jyestha and Revathi Nakshatra. In Hindu astrology, the planet Mercury is considered to be a factor of intelligence, logic, communication, mathematics, cleverness and friend. Sun and Venus are friends of Mercury while Moon and Mars are its sutra planets. The color of Mercury is green and the day of Wednesday in the week is dedicated to Mercury.

Life of mercury
Chandra entrusted Rohini and Kritika Nakshatra-form to his wives to the child Mercury. Mercury began to grow in their upbringing. When growing up, Mercury was embarrassed and embarrassed to hear the story of his birth. He started penance by going to Mount Shravan in Himalayas to get rid of the sins of his birth. Pleased with this tenacity, Lord Vishnu appeared to him. Gave him Vedic teachings and all arts as a boon. According to another legend, Jupiter was raised by Mercury and called Mercury his son.

Effect of Mercury on human life

Physical Design and Nature - The person whose birth chart is situated in the Ascendant house of Mercury, the person is physically beautiful. The person looks younger than his actual age and his eyes will be bright. Ascendant Mercury makes a person clever by nature, rational, intellectually wealthy and a skilled speaker. Due to its effect, a person's nature is also benign and he is knowledgeable of many languages. Such people also succeed in the business field. Mercury sitting in the first house gives longevity to the native.

Effects of Bali Mercury - If the planet of Mercury is strong in the birth chart of a person, then the communication style of the native is efficient. He is ready to attend. A person is fascinated by his words. Mercury makes a person of intelligent intelligence. He is good in mathematics. The person's power to count is intense. Such people look at all subjects logically. A person is also successful in commerce and trade. The person who is blessed by Mercury is a good speaker. The person plays a leading role in the field of communication and communication.

Effects of Mercury afflicted
If Mercury planet is afflicted by any cruel or sinful planets in the horoscope, then it is physically and mentally problematic for the native. In this situation, the person is not able to speak his ideas properly and he is weak in mathematics and he has to face difficulty in calculating. The afflicted Mercury makes the native mentally weak. He has difficulty understanding things. A person suffers a loss of business due to the influence of afflicted Mercury. Poverty comes in a person's life. In such a situation, people should take measures related to the planet Mercury.

Disease - Due to the afflicted Mercury, the person has to face health loss. A person has to face problems in speaking, pain in nerves, deafness, diseases related to organism, mouth, throat, and nose, skin diseases, excessive sweating, nervous system problems, etc.

Mercury according to astronomy
According to astronomy, Mercury is the smallest planet in the solar system and it is closest to the Sun. But Mercury's rotation speed is the fastest. The tilt of the axis of Mercury is the lowest compared to other planets. It completes the circumambulation of the sun in 87 days and 23 hours. One day of Mercury is equal to 90 days of Earth. There is a lack of atmosphere on the planet Mercury. This planet can be seen with naked eyes just after sunset or just before sunrise.

The religious point of view of Mercury planet
In Sanatan Dharma, the planet Mercury is worshiped as a deity. There is a belief in Hinduism that Mercury is the god of our wisdom. To get success in wisdom and business, Mercury planet is worshiped on Wednesday. In religious terms, Mercury is considered to be the God who gives growth and prosperity. The planet Mercury represents Lord Vishnu. It is said that if a person falls on the grace of Buddha, his life becomes well-being. Mercury is the lord of the north direction which is the place of Kubera Dev.