Home other Find out the bitter truth of your zodiac sign which you never wanted to hear!

Find out the bitter truth of your zodiac sign which you never wanted to hear! 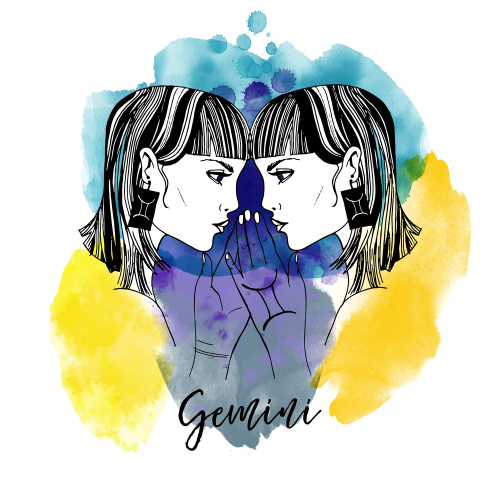 Who doesn’t have negative traits? Almost every person has some negative qualities and it is best if a person knows about his/her life’s bitter truth. Your personality traits can be found out with the help of your zodiac sign. If you know your birthday, then you must be knowing your zodiac sign which would help you to know about your character’s bitter truth. Here are the things which every person hates hearing about themselves:

Aries people are known to be directionless most of the times. It means if you are a leader, then you would think that you can do everything easily and by yourself but that doesn’t happen all the time. Your sign is about scattered energies, spontaneous and thoughtless decisions. Most of your projects might be left incomplete by you in your life.

This is an air sign and they don’t have any kind of intensity and emotional depth in them due to which it becomes difficult for them to engage with other people in normal life. They aren’t able to connect with people at a deeper level and they aren’t even able to accept their feelings and moods.

The people with Cancer zodiac are really sensitive from inside, but they have a hard shell. They might seem wrong to others, but they easily get hurt. They really hate it when other people find out that they are emotional and sensitive because they don’t want other people to know about their vulnerabilities.

The problem with people born under Leo sign is that they aren’t able to handle the feeling if someone is ahead of them. They always like to be the winner and if someone gets ahead of them, then they pretend that they are fine but that’s not the truth. They are really excellent students because of their competitive nature.

The Virgo people are thirsty for perfection and they always want every word to be perfect. Most of the time mother's approval is important for them to drive ahead and they also like to get admired from professional admiration. They don’t worry what anyone is thinking about them, but they know that they are born perfectionists.

Libra is the sign of beauty and love and they love to surround themselves with beautiful things. Anything which goes against their sensibility is considered ugly by them and it might not be relevant to the other person's thinking.

Scorpio is a strong sign, but they mostly lose their emotional control. They have the cool composure normally, but you never know when their inner volcano might explode. They have a volatile nature and can face emotional outbursts from time to time. They always want to fight this issue all the time and they also hate it when someone knows about their emotions.

Sagittarius is a non-judgmental and tolerant sign but they don’t have any filter. Most of the time, they blurt out whatever they are thinking and it might not be intellectual for you. They don’t even realize that they might have hurt someone with their talks.

Capricorns are the people who are pessimistic and they are aware of their flaws. They try to hide their negative traits from other people so that they don’t get criticized. When they draw attention to the people who are doing wrong, it makes them feel better.

Aquarius people are really judgmental. They are the innovator and inventor who might be ideal in some ways, but they are really progressive. They end up being judgmental due to their progressive thinking skills.

The people with Pisces sign are mostly known as cold fish and they want to live in their own bubble to say desensitized always. They feel very easily and can get overwhelmed fast but they want to stay away from everyone by building a wall around them. They don’t want to escape from their own world. They are known for caring and compassionate nature.

Now you can tell your friends and colleagues about the bitter truth about them but they might start hating you after that. It would be better if you know about your bitter truth and try to find a solution for it.