Home other Secret societies on Planet 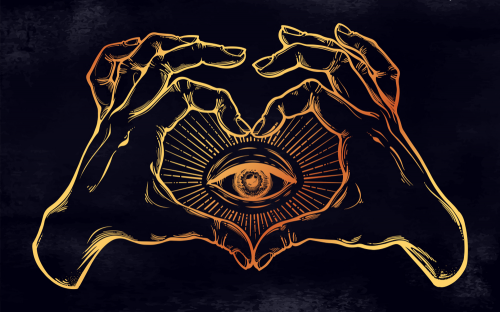 
# The Order of Skull and Bones

This secret society came into existence in the year 1832. This society was founded by a community of students from Yale. This secret society is famous for its number of conspiracy theories. “Order Of Skull And Bones “ is known for deep dark secrets of keeping weird sexual acts, and practicing them among their community members. The emblem of the society consists of Skull and crossbones with the number “322” beneath it. The number refers to the year (322 BCE) which is the death year of German orator named Demosthenes.

As a part of the initiation ceremony, newly joined members were asked to lie naked in coffins before telling their deep dark secrets of their personal sexual history. This society is also known as the names Chapter 322, The Order, Bones or the Brotherhood Of Death. The German Society is based on the concept of the Hegelian Philosophy of “Service of the State”. This secret society was fashioned after the Thule Society.

The Skull and Bones society tapped its members in the last year of college, whom they find the potential for their society. You can refuse the membership, but it is considered to be an honor to get tapped for the society.

The Skull and Bones Society own two pieces of property used exclusively by its members. One is known as the “Tomb” which is located at Yale University and the other being Deer Island on the St. Lawrence River.

The windowless building on 64 high St. the “Tomb” serves club’s headquarters. New members of the community reports intimate personal details, these include their full sexual histories before they are inducted. They also agree to give their part of the property to the club. In return, they commit the life long financial stability so that they won’t feel like selling the secrets of the club.

This is the oldest secret society in the Yale campus. It selects 15 new members in every spring season at a ceremony called “Tap Day”. The members are notified of their selection by a society member who ritually claps them on their shoulder. The society always tries to keep their affairs secret. The members are high achieving students and some are from prominent families too. Till 1992 women were not granted membership to the Skull and Bones.

Famous Members
No members, but attendees have included Ben Bernanke, the royal families of Spain and the Netherlands, World Bank officials, and representatives from major corporations.

This Bilderberg group or club is a secret society which comprised of the World’s elite. This club is an annual private conference of 120-150 of the most influential people across the various domains like business, finances, academics,media and even some Presidents and Prime Ministers. The main aim behind this secret society is “to create an aristocracy of Purpose” mainly in the United States and Europe. They have been accused of so many conspiracies like the great depression and terrorist activities across the world.

Membership consists of annual attendees (around 80 of the world’s most powerful) and others only invited occasionally because of their knowledge or involvement in relevant topics.

The Bilderberg club has taken its name from the Hotel de Bilderberg in Oosterbeek, the Netherlands. Its members first convened on 29 May 1954 at the invitation of Prince Bernhard of Lippe Biesterfeld.

The Bilderberg Group has become controversial for one key reason: no press is allowed in the conference and no significant details concerning the topics discussed are ever officially released to the public.

#The Order Of Nine Angles

The three volumes of The Black Book of Satan are considered so extreme that they are kept is a special section of the British Library and not available to the general public. There is repeated talk of “culling”, committing acts of violence and destabilization and even terrorism.

This Secret Society was formed in 1960. It came into existence with the combination of three Shropshire-based Dark Pagan covens – Camlad, the Temple of the Sun and the Noctulians.

The Order of Nine Angles is intertwined with Nazism. It came into the public eye during 1980 and 1990 after been mentioned in the books named fascist Satanism. It was initially formed in the United Kingdom. They believe that to create self-excellence, we need to have inner wisdom.


The Other Nine Angles emphasize upon the interior change of an individual with the various occult methods. Their members use dark tradition, to create sinister adepts over a causal period of time. The breakdown of existing societies and thus to replace the tyranny of States and Nations.

Famous Members
None of note

Secret societies of Assassins are a very mysterious society on this planet. The formation of this society can be traced back to the first millennium A.D in Egypt. The Hashshashin or Nizari are the mysterious bands of Muslims that was functioning in the Middle East during the 13th Century. Their legend grew and soon they became contract killers at the time of the Mongols.

All the records were destroyed at the time of their downfall so whatever came to know today is truly based on myth. The most controversial legend centers on the group’s use of drugs and other intoxicants– “Hashshashin” translates roughly as “Hashish user”–which some have said were employed by the members in battle. This has been widely discredited, but the term “Hashshashin” as it refers to the Nizari is believed to be the origin of the modern word “assassin.”

This secret society  members are so expert that they strike down their target even if the individuals are surrounded by a number of guards. The year between 1090 and 1256, they were ruled by their eight grand masters. In 1256 and 1258, the Mongols has virtually destroyed the sect in Iran and Syria. Most of the members of this secret society are common agricultural workers during the day and they became feared assassins at night.

The existence of this secret society can be traced back to the 17th Century.  The 'G' used in their signs apparently stands for the Masonic gnosis or generation with Lucifer, and God as the main enemy of Christendom. Although this Secret society is less influential today. The group was founded in 1717, but the documents related to the society can be traced from 1300. The core concept of this secret society is moral upliftment. The other vital work includes charity work and community services. Churches across the planet has criticised this secret society as moral teachings and esoteric spiritual beliefs have been said to be in competition with more traditional religion.

The secret tradition followed is the method of induction. The new members have to follow the rituals suggested by the already Mason of the group. The Mason needs to pass three levels of standing rituals to become “Master Mason”. Members also have certain prescribed modes of greeting one another, including handshakes, gestures, and passwords, and non-masons are always banned from attending meetings.


Though some of the secret societies came into existence with real political and religious goals in their mind, but the secrecy of the societies had made them gone through various criticisms and they have been claimed to have conspiracy theories too. This is one side of the coin, but the other side of the coin says the weird practices by these secret societies have nothing to do with realism and no one can deny that they haven’t impacted the World events too.