How do Muslims celebrate Eid al-Fitr 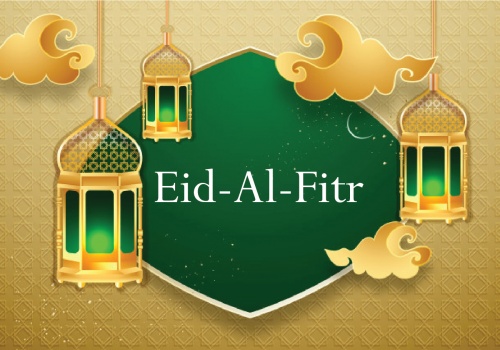 After the ending of holy month of Ramadan,, the celebration of Eid-al -Fitar begins.  Eid-al-Fitar marks the ending of the holy fasting and the beginning of grand celebration among the Muslim communities. Eid-al-Fitar is celebrated during the first three days of Shawal, the tenth month of the Islamic calendar. During the Holy month of Ramadan, the devoted Muslim souls observe fast, take part in devotional prayers, purification and they are engaged in charitable acts.  This year Eid-al-Fitr is on 5th June (Wednesday) 2020.

The most important aspect of the celebration of Eid-al-Fitar is the month of Ramadan. It’s an important time for Muslims because they believe that during Ramadan the Qu’ran was revealed to mankind through the Prophet Muhammad. Eid-al-Fitr was first celebrated by Muhammad in 624CE following a victory in battle.

Ramadan, considered one of the Five Pillars of Islam, lasts between 29 and 30 days, based on when a new moon is sighted by local religious authorities. The sighting means Eid can begin. The exact dates of Ramadan and, in turn, Eid, vary from one year to another on the Gregorian calendar.

When translated, Eid al-Fitr means “festival of breaking the fast” and marks the end of the fasting month of Ramadan. English alternative terms and references for Eid are: fast-breaking Eid, sweet festival, Feast of Fasting, Small Eid, Eid feast, Sugar Feast, and Eid of happiness.

Traditionally Eid-al-fitr is celebrated for three days and it is observed as an official holiday of the Muslim communities across the globe. The exception is United States as they don’t observe any shutdown or closure to mark the Eid celebration, holidays are offered to Muslim communities only.

The celebration of Eid-al- fitr commences from the morning, the Muslim communities gathers round the Mosque in the early morning, and together offer prayer to the almighty and they wish each other “Eid Mubarak” it means to have a blessed Eid.  The celebration is the perfect opportunity for the Muslims to thank Allah for helping them get through the month-long fasting during the Ramadan holiday.

The Eid prayer is done in the open space, like fields, community centers or at mosques. There is no direct call to prayer given for Eid prayer, but it consists of only two units of prayer with an additional six incantations. The Eid prayer is generally followed by the sermon and the attendees ask Allah for forgiveness, mercy, peace and blessings for everyone in the world.

On the auspicious day of Eid-al-Fitr, Muslims take pledge and offers gratitude to Allah and engage themselves in charitable behaviour and donate money to needy ones and have philanthropic efforts. Moreover, the celebration is also considered to be the ideal time for Muslims to forgive those who have wronged them. The Eid-al-Fitar embraces the ideas of spirituality and coorelates with the new leaf, the individual is essentially turning over. The Muslim also offers help to the less fortunate ones so that they can celebrate Eid in the best way. They feast on special delicacies like malpua, kheer and a whole lot of other meat dishes.


More than one billion Muslims across the world gathers to celebrate Eid. So here is the step by step review of the process of rakat’ (worship). So that one can get the clear and meaningful ideas lying behind the celebration of Eid.

Action 1: Perform two Rakats behind the Imam for Eid prayer along with six additional Takbirs.

Action 2: After the Imam has said "Allahu Akbar" the first time, you should raise your hands and follow. This is the first Takbir of the prayer.

Action 4: Listen to the recitation of the Holy Quran. The Imam will recite Surah Al Fatiha (the first Surah of the Quran) and then another Surah.

Action 5: When the Imam says "Allahu Akbar" go into Ruku – which is the bowing position.

Action 6: Stand up straight when he says Sami Allahu Liman Hamidah (translation: Allah hears those who praise Him), and say "Rabbana lakal Hamd" (translation: our Lord praise be to You) in a low voice.

Action 7: When the Imam says "Allahu Akbar" go into Sujud – which is prostration. You will do two prostrations just like a normal prayer.

Action 8: The Imam will first recite from the Holy Quran.

Action 9: Afterwards, before going into Ruku, there will be three Takbirs. Follow the Imam. Raise your hands after each "Allahu Akbar." After the third Takbir, go into Ruku – remember, this is the bowing position.

Action 11: When the Imam says, "Allahu Akbar" go into Sujud. - you will do two prostrations.

Action 12: After this, you sit for the duration of Tashshahud.

Action 13: After the Imam ends the prayer by turning to his face to the right first and saying, "Assalamu alaikum wa Rahmatullah" and then to his left. You should follow suite and repeat.

Action 14: Do not immediately get up. The Imam will provide a short speech. It’s disrespectful not to stay still and listen. Use this time to catch your breath and relax.


Another important Eid tradition is the Zakat al-Fitr – charity given to the poor at the end of Ramadan.

The donation is aimed at providing the needy with enough so they too can join in the feast and celebrate the breaking of the fast, but can be donated to help the poor or the needy in general.

Eid al-Fitr should not be confused with Eid-al Adha, the 10th day of the final month of the Islamic calendar and the holiest of all Muslim holidays, when Muslims from around the world will travel to Mecca for pilgrimage.

Eid-al-Fitar is a day when Muslims thank Allah for giving them strengths and fighting through the bad times of life.

Common beliefs regarding the celebration of Eid-al-Fitar

During the month of Ramadan, Muslims observe fast from sunrise to sunset to honor the month and the Eid-al-Fitr is celebrated at the end of the month—and the end of the fasting. The prolonged fasting isn't just about food—it also includes abstaining from taking medications, drinking any liquids (including water), smoking, and having sex.

Eid-al-Fitr means breaking of the fast.

Eid-al-fitr begins when the new moon is first sighted. Technically, that means that across the world, Eid al-Fitr starts at different times and even different days, depending on location. To make it more uniform, some Muslims celebrate Eid when the new moon appears over Mecca instead of their own locations.

Ramadan and Eid-al-Fitr are held on different Georgian dates every year.

On the auspicious morning of Eid, Muslims cleanse their body and wear new clothes.

Muslims wish each other” Eid Mubarak”.

After wearing new clothes and dressed they offer special prayers at Mosque or open areas.

After a month of sacrifice, Eid al-Fitr is a time of abundance—and not just abundant food. Gifts are often given, especially to children. These gifts are known as “Eidi”.

Eid al-Fitr is one of two important Eid celebrations in the Muslim faith. The other is Eid al-Adha, the Feast of the Sacrifice or "Greater Eid." Eid al-Adha celebrates the sacrifice Ibrahim (Abraham) was willing to make to Allah. Both are celebrated at different dates of the Georgian calendar.

Read more about- Shia Vs Sunni


So this year get immersed in the grand celebration of Eid and have a blessed Eid to each one round the globe.