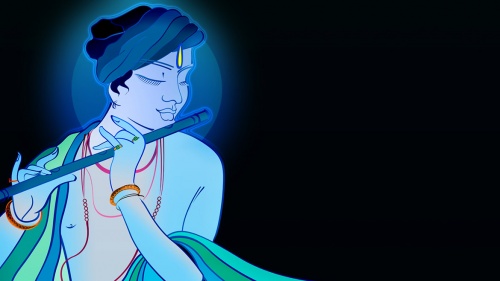 According to Hindu the devoted soul who fast will take holy bath followed by offering water to the Amla tree.

After water offering to Amla tree, the devotees can use flowers and incense sticks too.

The Hindus observed complete day fast on the occasion of Amalaki Ekadashi. It is very beneficial and is done in of Lord Vishnu.

Lord Vishnu is the main deity to be worshipped on the occasion of Amalaki .

Eating is strictly prohibited the occasion of Amalaki Ekadashi.

One who is unable to keep can keep fast for the partial day.

This is the most auspicious day for Hindus, devoted souls can donate clothes, cow, fruits to the poor.

According to the Hindu the devotees must have to consume Satvik food on the occasion of Amalaki Ekadashi.

Eating rice and all form of grains are not allowed on Amalaki Ekadashi.

In the middle of the fast devotees are allowed to take fruits, milk and non-cooked items.

On the occasion of Amalaki the devotees make special offerings to Lord Vishnu and chant .

The devoted soul can praise the Lord Vishnu by reciting the Mantras. As many as times devotees will recite, the holy mantras will have more beneficial effects.

According to the ‘Brahmanda Purana’ Amalaki is the conversation between King Yudhishthira and Lord Sri Krishna. According to one of the mythological inscriptions, King Chitrasena along with his followers too had observed this During one of his hunting experiences, the mighty king got captured by a group of asuras (demons) who never relented to release him. However, they were successfully destroyed after a divine power emerged right from the body of King Chitrasena to which everyone remained aghast and speechless. After getting back to his conscious self, the king learned from Akashvani that it was because of the Amalaki Ekadashi Vrat that he got protected.

According to Hindu the devoted souls who keep fasting on the day of Amalaki Ekadashi definitely seeks the blessings of Lord Vishnu. The devotees attain “Moksha” and go straight to the eternal heaven “Vaikunth”. The fast of Amalaki Ekadashi is also undertaken for increasing spiritual development. Hindu devotees offer a sincere prayer to Lord Vishnu. The Amalaki Ekadashi marks the beginning of other grand festivals such as “Holi”. It is believed that Goddess Lakshmi is omnipresent and the people offer prayers to her in different forms. Lord Krishna along with Radha is also believed to reside beside the Amla tree. So the Hindu devotees have different motives while offering prayers to Amla tree on the occasion of Amalaki Ekadashi.

Celebrations in Different parts of India

In the Amalaki Ekadashi is known as Rangbahri Ekadashi and it is celebrated with utmost respect and enthusiasm. In the northern the celebrations are more renowned. In the town of Mewar, in Rajasthan, a small fair is organized at the Gangu Kund . On this occasion, the potters from Gogunda region come to the fair with earthen vessels. During this season then all the vessels for storing water are replaced with the new pots. In the state of Orissa, this is observed as ‘Sarbasammat Ekadashi’ and grand celebrations are held in Lord Jagganath and Lord Vishnu temples. As this is believed to wash away all sins of the individual performing this , it is also celebrated as ‘Papanasini Ekadashi’ in some regions.