Amy Jackson Life And Career Prediction According To Astrology 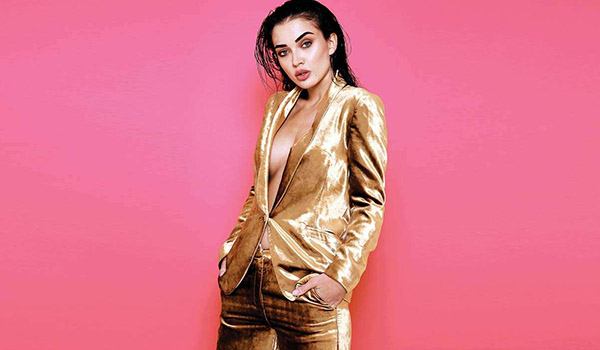 Amy was appeared in a couple of films in Tamil as well as in Hindi. He had made her debut as an actress in Tamil film “Madrasapattinam”, directed by A. L. Vijay. Then, she acted in the Hindi romantic drama – “Ekk Deewana Tha” in the year 2012. It was her Bollywood debut film. Besides her acting career, she was continuing her modeling assignments in UK and India simultaneously.

Out of her profession, Amy’s fan surely know her personally, what she likes or dislikes and how she is in actual. Let us peep into her life with the help of an astrological high glass.

Personal Life (Personal Trait, Love, Family, Health and Marriage): As the date of time of birth is missing of Amy Jackson, we will view the life of Amy according to the placement of Moon.

Very first, Jupiter and Moon are placed in the same house in Leo. Hence, Amy has Gaja Kesari yoga. The yoga is really auspicious. It indicates, Amy is a good soul, rather a compassionate soul. She takes care of her family, loved one and friends by heart. She is polite, good-natured, and down-to-the-earth person. She is and cordial person.

As her 6th lord, Saturn is placed in its own house in Capricorn, it indicates, she is a hard-working and truly dedicative to her work. She is calculative in her work and she works rationally.

Jupiter is in her moon sign, Leo. Therefore, it indicates, she has a fair complexion. She has a strong desire for money and fame – Rahu sitting at 6th house indicates such. The placement of Rahu-Ketu in 6th and 12th house is considered connection. It makes the native powerful in administrative as well as organizational skill.

Amy possesses good health as 2nd lord Mercury placed with Saturn and Saturn is friendly with Mercury. Sun is placed in Aquarius and it is the 7th house of Amy. Therefore, it indicates that Amy will have a loyal partner and her husband will be an intellectual and knowledgeable person. Her 4th lord is Mars and it is placed in 11th house, the house of gain. It indicates that she has a strong family life and she gets ample of support from her family.

Career: No doubt, Amy has a prosperous career in acting and as well as in modeling. She has already spotted in these films in 2018, The Villian and 2.0.

11th house indicates the house of name, fame desire. While Mars is sitting in house, and is creating with Mercury (2nd and 11th lord) with aspect. It is a good sign and it indicates her success via hard labour, but success is ensured.

As she is Leo by Moon sign, it indicates she will going to have a prosperous year in 2019.

2019 will come up with success and prosperity for her. Though, she needs to work really hard throughout the year.

Her 2nd lord is placed in Pieces and it is in position. Therefore, she has chosen the right career for her. She will definitely secure a good position in her career in years, and we all wish her a great life ahead.

A very best of luck for her career and future.