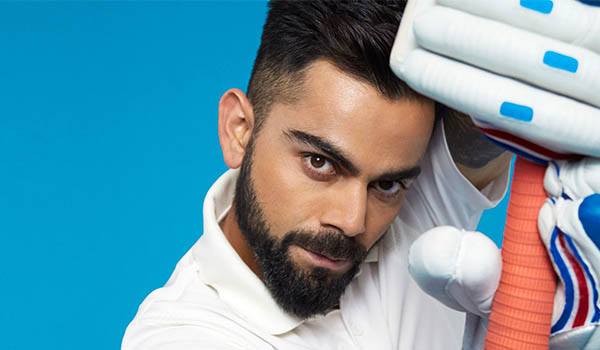 Virat Kohli is the one of the best Cricketer in the Indian Cricket team. He achieved great popularity at a very early stage of his cricketing career. Virat Kohli is married to the famous Bollywood actress Anushka Sharma on 11 December, 2017.  He is a right handed batsman and as all know is the captain of India national Cricket team since 2013. Kohli was a cricket fan since his early childhood days and when he was only three years old, he could pick up a cricket bat. His stars have always favored his passion for cricket.

The current planetary movement is working in the favor of Kohli. Jupiter is moving through10th House in his birth chart and hence this claims for influence, position, reputation, aspiration and accomplishment amongst other top aspects. The stars are stable and hence this is proving to be a heavenly blessing for him.

The strong influence of Saturn in the Virat’s chart makes him a hard working, tough and reliable person which is why he has never taken a step back when it comes to establishing his career. He has Rahu in his 3rd house which makes him a skilled sportsperson and a confident soul and hence if he does not lose the grip his stars will continue to favor him and immense success is on his way like always.

Virat Kohli will get support love and affection from his family and fans in the coming year. He shall be making great progress professionally and will have a happy and content personal life. But at the same time he will have to shoulder some very important responsibilities in the coming time. He shall be constantly travelling and meeting new faces and eminent personalities in the coming year. He shall have a healthy and prosperous year but at the same time must focus on any muscles and joint related pain or problems. He will have the support of his family all through though there may be small tiffs amongst siblings.

Virat has had a very successful 2018 and so will the coming year be. He will showcase great sporting skills and round the clock hard work that will help him grow consistently in his career. The stars favor his health and so he shall have no career disturbances due to health, however he will have to be aware of any muscle related issues and must not ignore them.

MahaDasha of Rahu & AntarDasha of Mercury until 11September 2020

During this phase, hard work and efforts will pay off well. Mercury, lord of 10th house placed in 11th house will give him a steep growth in his financial graph. He will achieve success in his undertakings. The coming two years will bring in immense wealth and love for him. His overall stamina in matches & performance will outshine and bring glory to the Indian Cricket Team.