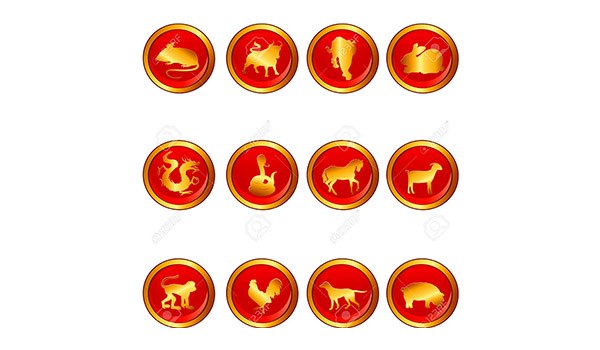 Most of us are aware about the different zodiac signs according to our birthdays. Chinese astrology follows a different system. All signs represent the 12 phases of a year and each animal depicts the personality of every individual based on their birth year.  These 12 animals are: Rat, Ox, Tiger, Rabbit, Dragon, Snake, Horse, Goat, Monkey, Rooster, Dog, and Pig.

The first sign of the Chinese Zodiac astrology, a rat year comes after every 12 years. People with rat as their zodiac animals are expressive, amiable and extrovert. They are quick witted, versatile and smart. They are known for their perfectionist attitude.

The second animal of zodiac sign, the ox is born leaders. They are extremely peaceful and organized, they are not afraid of hard work. The ox has a high sense of patriotism but have a short temper. Their violent side becomes their weakness.

Bold, fearless, protective and strong, Tiger is the King of the Jungle. They are respected for their assertiveness and decision making skills. The tiger have a stubborn personality- they never take back their decisions even when wrong. Bold and competitive the tiger never bows down.

Considered the luckiest of all animals, rabbit are people who bring mercy, elegance and beauty. They are not fighters and prefer dealing with complications in a calm manner.

This powerful animal is part of Chinese heritage. It represents power, intelligence, confidence and enthusiasm. They do not like criticism and may appear arrogant to many.

Intuitive, wise and intelligent- Snake zodiac signs talk less. Not because they are shy but because they see talking as a futile exercise. They are great thinkers and often ask for their own space.

Horses are extroverts. They love social gatherings and events. Their wit and sense of humour adds to their charming personality.

Sheep are shy. They are mild and soft spoken but do not commit the mistake of judging their face. They can tackle issues single handedly. Creative and intelligent- the sheep zodiac sign will amaze you.

Dogs are loyal and friendly but they fail to express themselves. They are protective about their loved ones and are playful in nature. Dog zodiac signs are helpful and will always contribute

Compassionate and generous, Pigs have great will power. They are ready to give their 100 % to their goals. Calm and collected, Pigs can handle situations but they are easily fooled because of their gullible nature.