House according to Vastu Shastra 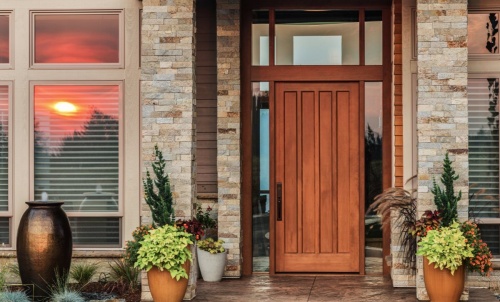 House according to Vastu Shastra.

According to Vastu Shastra, in Indian civilization, the practice of building houses is quite old. Vastu Shastra is also called Vastu Vigyan. It is believed that to maintain the positive natural energy around us, by constructing the building, etc. by following the Vastu rules, it gives incredible results, and the person's life remains successful, prosperous, and peaceful.

Vastu Shastra is a centuries-old tradition, which has its roots in India. It is a type of learning in which it is advisable to build housekeeping in mind the nature of directions etc. It has been observed that if the house is not made according to Vastu Shastra, then that part of the house, which is not suited to the direction, there is increased negativity.

Before going into detail about Vastu Shastra, it is imperative to know what Vastu is.

What is Vastu?
The correct information of directions is named Vastu. In this method, the construction and interior decoration of the building takes place, keeping the guidelines in mind. Instructions are given paramount importance in Vastu. If the house is built keeping in mind the directions, then there is prosperity and prosperity in the family. There are a total of 8 paths, according to Vastu. These 8 directions are - East, North, North, Western, West, South, South, and Ignea.

According to the scriptures, there is an interaction between different types of natural forces like water, earth, air, fire, and sky, due to which the balance of nature is maintained. This action also affects other beings and humans found on the surface. It is this interaction between these five elements (water, soil, air, fire, and sky) that we know in the name of Vastu, which also affects fate, temperament, performance and other aspects of the life of a person.

Vastu incorporates a ton of importance in human life. It is said that houses built using Vastu Vigyan have a positive energy habit, due to which the life of the people living in the home ends well, and the family members also get success in their work. It protects us from various types of negative energy and wrong things.

While building a building, keep in mind some of the following things -

Kitchen- The southeast corner of the house is considered the best for the location of the kitchen. The kitchen should never be located in front of the main entrance of the house.

Bedroom- The master bedroom should be located on the south-west corner of the house. It is much better if the bedroom is square and rectangular.

Doors- The bedroom door should be such that it opens at ninety degrees.

Drawing room - Any principal meeting rooms should be constructed in the direction facing north or east and seating rooms for guests facing south or west.

Terrace/balcony- For health, wealth, and happiness, all these should be located only in the north, east, and north-east sides of the house. Balconies should face north and east.

Garage for cars- The best place for a southeast or northwest garage.

Swimming pool- The best place for the swimming pool is towards the northeast.

Tree- The southeast and south-west directions are not right for tree planting or plantation.

Outer Gates- It is generally auspicious to construct gates in the north, north-east, and east directions.

Toilets according to Vastu Shastra
According to Vastu Shastra, construct the bathroom in the south and south-west direction only. Toilets should never be built in the north-east guidance, southeast direction, or middle of the house while building a house. Many people make toilets but do not pay much attention while building their gutters, but according to Vastu Shastra, build a toilet gutter in the north or west direction of the house. Bathroom doors and windows can be made in any direction except south direction only. It is considered useful to place the tap in the toilet in the north-east guidance or west direction. Some people make a bathroom or toilet there due to lack of space to use the area under the stairs in the house, but let us tell you that you should never build a toilet or bathroom under the stairs in the house. And one most noticeable thing is that never build baths, kitchens and puja houses near each other.

Vastu Tips
It is believed that if the house is not built according to Vastu Shastra, then the communication of positive energy in the house is interrupted, due to which the owner has to face some loss. Keeping in mind the simple Vastu Shastra given below, you can increase the happiness of your home.

Sometimes it seems that after millions of hard work, success is not being achieved or the money earned is not stopping, and income day fights, health problems, and mental disturbances are symptoms of Vaastu dosha. According to Vastu, building a house is not an easy task. Mostly, there are some shortcomings while building a house, due to which Vastu dosha remains at home. This is a defect that causes problems in your happiness, progress, money, respect, etc.

While entering a new house, make sure that there is a Vastu Dosh on the house or not! To find the defect, you must first take a newborn baby indoors. If the child starts crying as soon as he enters the house, then understand that there is negative energy in that house, and the Vastu of that house is not right. Sometimes things like being suffocated upon entering the house and being afraid to go home alone also point to wrong architecture or history of the house (someone's suicide, the construction of the house at a cemetery or crematorium).

You can use the Vastu Shastra tricks given below to get rid of these defects.

In today's time, very few people buy houses by building plots, most people buy flats built, due to which their house is not according to Vastu. However, you can use the following Vastu Shastra trick to maintain positive energy at home.

When you start the construction work of your house, then this is the best time to follow Vastu Shastra. By using Vastu rules, positive energy is kept in the house, and all the detrimental troubles in our life can be stopped. We hope that Vastu tips for building a house, according to Vastu Shastra, will prove beneficial for you.

Top 7 Tips: Vastu for Office to Bring Prosperity at Work

The best direction to sleep as per Vastu shastra