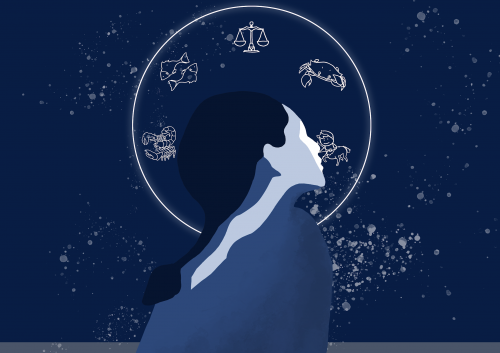 We often talk about our strengths and conveniently neglect our weaknesses and flaws because it takes a lot of courage to face our weaknesses and we hate it being discussed or revealed to anyone. As per Astrology, there are prominent flaws attributed to each zodiac sign which people might feel uncomfortable with if it somehow draws attention in front of anyone.

Let’s discuss some imperfections associated with each zodiac sign.

ARIES – Can aimlessly drift away anywhere

Aries is number 1 in all zodiac signs that is why they have leadership quality. Thus, they like to get things done by others—just like a leader does. There is nothing wrong about it but they tend to become a jack of all trades, have spontaneous ideas with scattered energies ending up nowhere.

Taurus people think that they are ‘Mr. Know it all’ type. They are so opinionated that they don’t even consider the opinions of others thinking them inferior. They refuse to change even when they are unreasonable. This puts the full stop to their growth in life and their life stagnates following the same wrong path and ways.

Lacking emotions and feelings at a deeper level Gemini find it difficult to make genuine connections with people.  Gemini is an air sign and hence this ingrained quality. Also, they really don’t like to accept the harsh reality that their emotions are actually shallow and temporary.


People having Cancer as zodiac signs are identical to tender coconut. They portray themselves as strong and hard from outside just like a hard outer shell of coconut to hide their vulnerability at the hands of others. They are very much aware of being extremely emotional and sensitive that anyone can easily hurt them and thus to protect themselves from being exploited emotionally they tend to project themselves as a hard nut to crack.


LEO- think they are the Best


They can’t stand someone else taking over them in a competition, they might not show this feeling though and act completely normal showing sporting attitude. They always aim to surpass everyone competing with them. All credit to this competing nature.

Doing things just for formality and in an ordinary way is not a thing Virgo considers to do. Their ultimate motivation to aim for Perfection arises from the expectations of others from them. It won’t be wrong to call them a Perfectionist as they strive to do things that way. However, they would never admit that it’s the approval of others that they work perfectly for and not for their inner satisfaction.

Although famous as a sign of love and beauty, Libra loves to surround themselves with beautiful things. For them, real beauty is in the things and people. They are famous for being connoisseurs of art in all forms. They are very much alert to the details of symmetry, "ugliness", or anything that goes against their definition of outer beauty.


Scorpio: You often lose control of your emotions

No matter how hard they try to look cool and composed, the inner emotions of Scorpions are always boiling like a volcano when they get hurt. They explode at times when they can’t contain their real emotions inside them and let them get to their heads. Emotional outburst of Scorpions is the quality one often gets to see. They hate this quality and try to combat it but when it is needed to refrain the hidden feelings from being revealed they fail miserably.

They find pride in being straightforward and honest and not beating around the bush. But they don’t realize that in that process when the fine line between being brutally honest and being rude is crossed. They open their mouths often without thinking twice. Sagittarians, you won’t want to lose your friends and reputation. Would you?


CAPRICORN: hide their own flaws by condemning others

Ever seen people always finding faults of others just to mask their own? Capricorn is the perfect example to portray this kind of behavior. Known for being pessimists and always ready to criticize others, Capricorn shifts focus on others’ wrongdoings while ignoring theirs. Pointing at others’ mistakes also gives them a sense of relief to feel they were not wrong this time. Try telling it to them and see what they have to say.


AQUARIUS: You are, in fact, judgemental

Aquarians are thought of as people with innovative and free-thinking. They are to some extent but they are way too idealistic and set their ways. Hence their minds may not be that progressive as they pretend to have one.


PISCES: living in a bubble will make you aloof

‘Cold Fish’ is the right term to describe Pisces as they cut off from the outer world when they come across any intense events that they are overwhelmed by the intensity of their emotions. This makes them risk-averse people. They build a cocoon around them and love to be in their comfort zone not bothering about the events happening in other people’s lives.