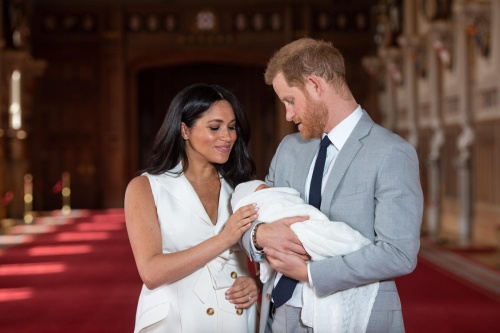 Love doesn’t have a reason but the relationship compatibility is the most important reason to continue your love life. From astrological lens, several zodiac signs have amazing compatibility and some don’t even attract each other. However, the real key in astrological compatibility is the ascendant or rising sign – not the Sun signs. So at first glance, many of us wonder why the Mehgan Markle, who is Fiery Leo is attracted to Prince Harry who is earthy Virgo.

Our rising Sun’s often providing us a filter through which an individual see their lives. They show our utmost preferences of life and course frame life cycle too. so here it should be noted that they are incompatible signs for the success of long term relationships.

Mehgan being Leo and Harry being Virgo are compatible with each other, they are a pretty good combo but not without challenges. So here the noticeable astrological feature is Harry and Meghan are born under the influence of the opposite rising signs of Cancer and Capricorn. It is a remarkable opposite always attracts. Cancer is the Mehgan’s rising sign which symbolizes security and nurturing, while the rising sign of Harry is Capricorn which signifies structure and protection.

The neighboring sign Leo and Virgo do not have many things in common. The other magnetic elements in their horoscope have created this coupling. Harry’s Venus shows that he is attracted to Meghan because of her “Goodness” and the kind of energy he was searching for in a woman. Meghan’s Moon is placed in the sign of Libra creating a super sweet couple connection between them.

Moon-Venus is one of the most delightful aspects two people can have in their composite chart and this brings the loveliest romantic flow. Markle’s Venus is in the sign of Virgo which indicates that she will get attracted to an intelligent man and of course Prince Harry is truly intellect.

Harry and Meghan-both of their moons are ruled by Venus suggesting a mutual desire for love and beauty.

When we analyze the seventh house of the composite birth chart of Prince Harry and Meghan Markle, we will find that there are several bright planets in their partnership house. The Markle’s celestial bodies are Sun, Mercury and Mars are lighting the area and they are personality defining planets. The area is associated with the relationship between the couple and how they relate to each other.

Prince Harry and Meghan Markle’s composite chart indicates much more than their compatibility. The composite chart provides various cues for their deep understanding and closeness they share. Harry’s Sun and Markle’s Venus are conjunct, which means they are located in the same sign. This Conjunct forms a classic love connection between them, according to astrology.


The positive and beneficial conjunctions are, Markle’s Pluto is conjunct with Prince Harry’s Venus. This conjunct depicts the magnetic attraction between the two and the attraction that goes much deeper than the surface. Adding the composite charts indicates that the couple will enjoy the strong sense of intimacy for each other. This Conjunct suggests that the couple loves to be transformed for each other, the example can be cited that Markle decided to convert to his religion and Harry has left out his party-hopping past.


Markle's Uranus and Prince Harry's moon, which, on one hand, can reflect feelings of intrigue and excitement, but, on the other, it may nod to a tendency to run hot and cold. Beyond its emotional influences, this opposition "can be an aspect of separation, living apart, or one partner needing more freedom than the other.

But the powerful aspect of their relationship astrology is Markle's Mars and Prince Harry's Venus. Where the former is in Cancer, the latter is in Libra. This indicates the intense sexual attraction between the two. But it also indicates occasional arguments and conflicts.

Their sign compatibility isn’t the only exciting factor worth the public attention. The royal wedding date—May 19, 2018—was super lucky, according to Modern Wedding. “The Chinese believe that any date that ends in an 8 or 9 is particularly lucky as [eight] [symbolizes] infinity and [nine] represents fulfillment.”

The lunar placement of Meghan’s in Libra desires justice, equality, reciprocity, and balance and prefers to think rather than feel through emotional situations. She loves to be socially active. So there can be some indecision due to this positioning of Moon. Prince Harry Taurus moon may desire comfort, stability, and routine. So at times they mail fail to lean at the emotional level to each other.

Luckily Harry’s Venus in Libra can bridge this gap by playing up his social side, even though that might go against his otherwise introverted nature.