Know Saturn this Shani Jayanti and get remedies from Lal Kitab 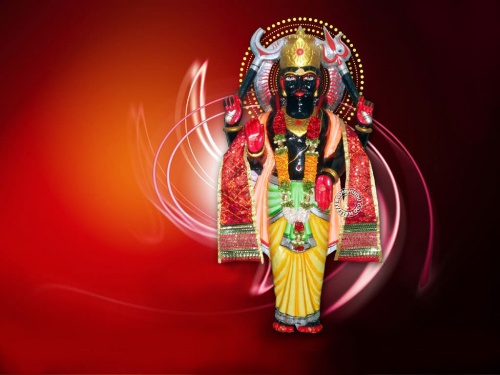 Shani Jayanti is the birth anniversary of Lord Shani. Lord Shani is the ruler of planet Saturn and according to Hindu astrology, it has a vital influence on everyone’s life. The presence of Lord Shani in the horoscope of an individual is considered to be inauspicious and have malefic effect in an individual’s life. Saturn is the only planet among the nine planets of Solar system which is also called Shanishwara – ShaniIshwara – a sobriquet usually given only to Lord Shiva. There are some legends which regard him even as an Avatar of Shiva himself.

According to ancient Vedic astrology Saturn is considered to be the cruelest planet and this slow-moving planet has an undeniable effect on an individual’s life. Saturn is not an out and out negative planet – but it is harsh, rude, slow and fair. The main aim of the Saturn planet is to re-create balance and discipline – and while doing that Saturn may create hardships and struggle in human life.

According to astrology, if Saturn is placed in a good position in an individual’s horoscope then one might become a great scholar. But when the Saturn is not well placed then it may turn gold into ashes. The people with favorable Saturn has the great possibilities to engage in trade, related to machinery, furnace, leather, cement, wood, iron, oil, transport, astrology, rubber, etc.

The individuals with malefice Saturn tends to inclined towards diseases especially ones related to stomach, alimentary canal and digestive system. There are chances that he may face financial strain and may confront legal issues too.


Effects of Saturn in different Yog and Combinations

As Saturn is the Lord of eight house of the Horoscope, so it can affect other houses adversely, regardless of the place it is placed.

Drinking, Gambling and telling lies can surpass the positivity of the Saturn.

When the Saturn is placed with Rahu and Ketu it becomes insignificant.

When Saturn comes under the aspect of Sun, then it causes harm to Venus.

If Saturn is under the effect of Venus, then the native planet may suffer from financial strain. The other positive aspect is that when Venus is under the aspect of Saturn, then it brings positive outcomes.

When Saturn is debilitated at the time of an individual’s birth, then it brings great loss in 9th, 18th, 27th and 36th year of life.

According to astrology, Saturn brings positive results after the age of 36 years.

Saturn brings evil effects when it is place alone, or it is placed with moon or Rahu in the 12th house of the horoscope. If the compatible planet is placed in the second house and Mars and Venus is established, then it brings positive results to an individual’s health and they may ten to live a healthy life.

Saturn never gives debilitating effects in the Houses of Saturn viz. 2Nd, 9th, 12th, but when it is placed in the 3rd or the 8th House, the person becomes a Mangalik. It hurts the Moon in the 4th House, and causes an accident in 8th House.

Saturn gives beneficial results when it is placed in the 9th house and along with compatible planets positioned in the second house.

When Saturn and moon clash with each other, there are chances that an individual might go through eye surgery.

Effects:- when Saturn is placed in the first house, then the native of this house will be financially strong. They may be associated with the business of plastic, iron, cement, wood, liquor suits and leather. Celebration of the birth child may bring problems like order of courts for him.

Remedies:- Native should not eat non-vegetarian

Alcohol drinking is prohibited for native.

Feeding monkey will lead to prosperity

Saturn in the Second House

Effects:- When Saturn is placed in the second house, then the native may appear a fool person, but in reality, they are diplomatic one’s. The trait includes progressive, healthy and hard working. If Mars and Saturn both are bad for him then, he may suffer illness at the age of 39 years.

Offer milk to a snake.

Put tilak of curd on forehead.

Visit to a temple for 43 days regularly


Saturn in the Third House

Effects:- Native will be financially strong and will lead to a long life. Hey, maybe eye specialist and things that are related to Saturn will be beneficial for him. There are some chances of getting poor and chances of eyes problems will be there.


Saturn in the Fourth House

Effects:-  Native may be related to the medical profession and he will be touched to the family for the whole life. If you have extramarital affair then be alert, there are chances of bad effects. If the native is constructing a house then bad effects will be seen on maternal uncle and mother too.

Do not drink milk in night.

Pour rum or milk in the flowing water.


Saturn in the Fifth House


Effects:-  Native is a respectful person and keeps proper attention to self-respect. Native may be in the field of writing. If he constructs house then his son may suffer the consequences. Chances for native to be dishonest, thief, cheater, poor, ill and unfortunate are there.

Put things that are related to Sun, moon and mars in the dark corner of the room.

Distribute almonds on the place of worship.

Do not distribute sweets on the birthday of son. Distribute salty things.


Saturn in the Sixth House

Effects: There will be bad effects on family if native is married before the age of 28. Getting married after 28 will give good results. Behavior of the elder son will not good. Elder son will be helpful in the old age.


Saturn in the Seventh House

Effects: Native will be clever, self-obsessed and selfish. He may become financially rich after the age of 36 with his passion and hard work. The native will be rigid, poor and Aloof.

Staying away from the liquor and Non-Vegetarian is good.

Dig a vessel filled with sugar in the jungle.

Saturn in the Eighth House

Effects: Native will be rich, intelligent, and selfish and will have great vision. He will lead a long life. There may be some bad effects on hairs, eyes, wealth and he may face mental instability.

Put a flat silver piece with you.

Put some milk in water and take a bath with it.


Saturn in the Ninth House

Effects: Native will be strong, successful, majestic, happy and sympathetic. There will be no problems in life and he will lead a smooth and prosperous life.

The native should keep things that are related to Jupiter such as gold, moon and Kaiser.

Flow almonds and rice in the river.


Saturn in the Tenth House

Effects: There will good results in every field for the native. Constructing a house and having liquor may change situations.

Keep the things that are associated with planet Jupiter and Mercury.


Saturn in the eleventh House

Effects: Native is rich, strong, great personality, happy, prosperous, and brave. He will be benefited by the property of parents. Native may face problems for reproductive health.


Saturn in the Twelfth House

Effects : You will get benefits from your enemies. Native will be rich and will have many houses. There may be negative results of showing interest in women.


According to Lal Kitab, these remedies will give instant result to the affected persons, but here are some common instruction while following these remedies:-

Follow one remedy at a time.
Try to follow the remedy for a minimum of 40 and maximum 43 days.
Do the remedy between sunrise to sunset.
The remedy can be done by blood relatives like father, brother or son.


Read More- Effects of Saturn on Career, Profession and Employment