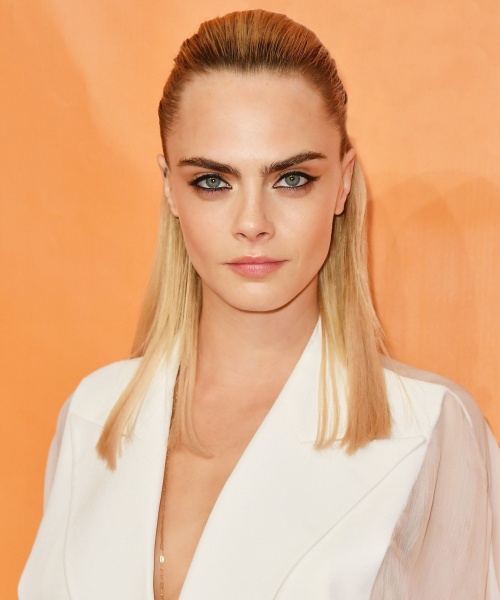 Cara Delevingne is a well-known English model, actress, and singer. She was born in Hammersmith, London on 12 August 1992. She is the daughter of a property developer Charles Hamar Delevingne and Pandora Anne. She has two elder sisters Chloe and model Poppy Delevingne. She attended Francis Holland School for girls to complete her early education in Central London and then she joined Bedales School in Steep, Hampshire. She focused on music and drama during her school days. After one year in Bedales School in Steep, Hampshire, she dropped out of the school and joined the path of her sister Poppy into modeling.

The career of Cara Delevingne:

Cara started her modeling career at the age of 10 years for Vogue Italia along with a model named Lady Eloise Anson. In the year 2009, she signed with Storm Management. In the year 2012, she scouted by Burberry's Christopher Bailey when she was working in the office of a fashion website as a part-time employee. She was cast in the spring/summer 2011 campaign of the company by Bailey. She made her first Catwalk appearance in February 2011 at London Fashion Week where she walked for Burberry Prorsum A/W collection. In 2012, she also walked for Chanel Haute-Couture spring show at the Grand Palais.

In New York Fashion Week, she walked in 9 different shows for famous fashion brands like Jason Wu, Rag & Bone, Thakoon, Donna Karan, Tory Burch, Oscar de la Renta, and Carolina Herrera. During Milan fashion week, she walked in 6 shows for the brands including Fendi, Trussardi, Moschino, Blumarine, DSquared2 and Dolce & Gabbana. In the final Fashion Week, she walked in Paris fashion week for the brands including Nina Ricci, Sonia Rykiel, Cacharel, Stella McCartney, Paul & Joe, Kenzo and Cha with all these for fashion weeks, she also appeared in more than 20 fashion shows and she gained huge popularity in media.

She was described as Crush of the season by Vogue and then she was described as the girl of the season after she walked in the shows Jason Wu and Rag & Bone. After that, she appeared in the international Fashion Week that was started in September 2012 and she walked for many famous brands and designers in the fashion industry. During this season, she participated in more than 50 shows and she also walked during the performance of Justin Bieber. She is known to have a very successful career as a model where she is represented lots of fashion houses and brands in several shows of the fashion industry.

She appeared in her first movie that was an adaptation of Anna Karenina in 2012. She also gave a voice for the video game grand theft auto 5 that was one of the most successful and fastest-selling games in history. In 2014, she made her TV debut with the final episode of Playhouse Presents. Later, she appeared in several other TV shows and a few music videos. She also played roles in many movies in her career.

Cara is a bi-sexual and she confirmed that she is in a relationship with a famous American musician ST. Vincent. They got separated in September 2016. After that, she confirmed in June 2019 that she is dating Ashley Benson for more than a year. She is an animal lover and she auctioned her TAG Heuer watch to donate money for wildlife conservation. She also spoke about her depression period during Women in the world summit in 2015 that she faced at the age of 15.

She has several tattoos on her body. Her first tattoo was a lion on her finger that represented the zodiac sign of Leo. She has another tattoo of Roman numeral XII that is her lucky number. She has a tattoo of an elephant on her arm that is a symbol of memory of her grandmother.

According to the horoscope of Cara Delevingne, her intelligence will help to earn accolades from different quarters of life. She will shine in her business and professional career. Childbirth in her family will bring joy and happiness in her life. She has religious thoughts and she will get lots of appreciation and honors from higher authorities in her life. Currently, she is having a successful career and living a happy and beautiful life.