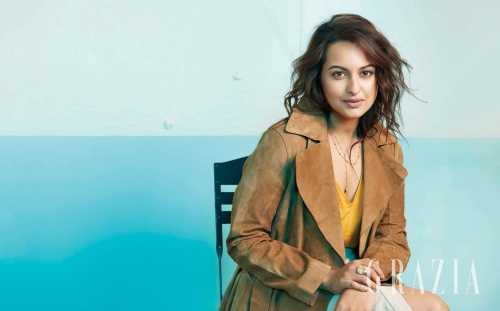 Sonakshi Sinha, born on 02 June 1987, is an Indian film actress. She is the daughter of actor Shatrughan Sinha and Poonam Sinha. Her career started on a successful note with the box office blockbuster 'Dabangg' opposite Salman Khan. She has acted in several top-grossing action-drama movies. Zodiac sign of Sonakshi Sinha is a Gemini and she is the 40th most popular Gemini. Let’s have a look at her horoscope to know about her planetary position on the occasion of her Birthday.

Sonakshi Sinha was born in the first charan of the Punarvasu Constellation. Her birth sign is Gemini and her sign lord is Mercury. According to a constellation, she has a peaceful and patient mind, and the courage and confidence to face the difficult situations of life. Her life will be full of prosperity, wealth and luxuries. She was born in Deva Gana, which indicates that her voice will be excellent. She will impress others with her speech.

Aries sign is placed in her 9th house. Mars being the lord of this sign indicates that she is a very independent and self-assertive person. She prefers to act on her own and set her own pace without waiting for people who work more slowly. Mercury in the 9th house makes her rich. She will earn a lot of money due to the support of Bhagya and Dharma.

At the time of her birth, the Sun was in the tenth house, which indicates that her father will feel physically weak at times. But he will live a long and prosperous life. He will help and support her in every possible way.

In Sonakshi’s Horoscope, this year she may expect changes in her life due to planetary transitions in her horoscope. Jupiter will continue to transit Scorpio from January to 30th March in your 6th house. From 30th March to 22nd April 2019 Jupiter transits Sagittarius and then till 5th November, it will again transit Scorpio. Jupiter will retrograde from 10th April to 11th August.

Saturn will transit your 7th house in Sagittarius for the entire 2019 and will retrograde from 30th April to 18th September.


As the year begins, Rahu continues to transit Cancer and from 7th March, it enters Gemini for the rest of 2019. Ketu enters your 7th house in Sagittarius from 7th March 2019. Mars transits your 10th house in Pisces with the start of the year.

This year again Sonakshi will impress everyone with her excellent communication skills. 2019 will be a lot of alterations and variations for Sonakshi Sinha. It is expected that both positive and negative changes may occur in her life. Jupiter transits in your 7th House and from 2nd December it will transit in the 8th House, which will mark as a very critical event in her life.

As far as her career is concerned, this year will show her a lot of modifications in terms of her work-related matters. She may witness a lot of changes and may have to take a lot of important decisions this year which will affect your career drastically. Good financial profits and a rise in reputation can be seen this year.

From April to September the work life seems to be stressed for Sonakshi. Sonakshi should avoid accepting new offers now. The three movies will hit the silver screen like Dabaang-3, Mission Mangal, etc.

From the health point of view, Sonakshi will enjoy good health and mostly stable. Drive carefully and avoid clashes with anyone.

On the family front, Sonakshi will face mixed results.

The months ahead, look good for Sonakshi.  She will be offered many big banner films. Her lucky colors are yellow, orange and green. The year ahead will prove to be a year of new and exciting opportunities for her.