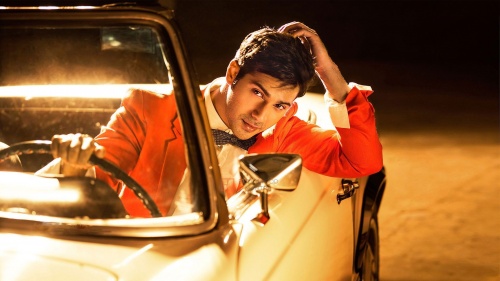 Varun Dhawan is famous bollywood actor, who made his debut in year 2012.  He is a son of director David Dhawan. Varun Dhawan made his bollywood debut with Karan Johar’s movie “Student of the year” which was a huge commercial success. Varun Dhawan has mesmerized audiences time and again with his looks and acting skills. He studied Business Management from the Nottingham Trent University after which he worked as an assistant director to Karan Johar on the 2010 drama My Name Is Khan.


Lucky days and hours for Taurus


When we analyze the birth chart of Varun Dhawan, we will find that sun is exalted in his birth chart which gives him potential creativity and artistic skills. Mercury, the Lord of the third house is in a debilitated sign, however with the exalted Venus. Jupiter is placed in its own sign Pisces which is the most imaginative sign. Thus, Varun Dhawan is unique in his work and has developed his own style of working. This is clearly reflected in his movies. The smart moves of Varun Dhawan has always helped him professionally.  In 12th house of his birth chart, Stellium is being formed and Rahu is one of the planets forming Stellium. Due to this effect Varun Dhawan is having a spontaneous decision making power. In second house of his birth chart, Lord of Ascendant Mars is placed. Being blessed with this placement, this has given him a sense of humour and seriousness at the same time.

Rahu transiting in the fourth house of the birth chart will trigger big developments in his life. According to his love horoscope, as the seventh house indicates marriage, he may be likely hitched with his girlfriend very soon.

The transition of Saturn will affect his life positively. As the Saturn will transit from ninth house, so it is beneficial for him resulting in more name and fame. Besides, Jupiter is transiting through the 7th house and is aspecting the natal Sun. This also shows increase in his popularity and success during the period as per his career analysis. Varun Dhawan's popularity will imply more money for him.

He will bring significant changes in his physical health, planetary movements will give positive effects on his health. Due to the transition of Jupiter, he will encounter financial gain. He may make big investments and purchase house etc. Ketu will transit through the tenth house, which will bless him professional gain. He will be doing far better in upcoming movies.

As Varun is born with exalted Sun, he is likely to earn a name in Bollywood, and his career as an actor will remain stable. Jupiter is Swagruhi, exalted Venus is placed with debilitated Mercury creating Neech Bhang Raj Yoga in his Chart. Varun is born with Guru-Rahu Chaandaal Yog, which indicates scope of facing troubles due to the relationship with the opposite sex. 2019  will be very exciting for Varun Dhawan. This year will be fruitful for him. This year he will set his priorities and will work accordingly. This year will be good time for making plans and implementing too for him. This year will be pragmatic and productive for Varun Dhawan. 2019 will be a year for big achievements. The concurrence of ketu, Saturn and Jupiter in the Sagittarius sign will take place in the 8th House that will create a drastic change in the life of Varun Dhawan. These planetary positions will have positive effects on his life. This year is good for love and romance. Varun Dhawan will find a new meaning in his interpersonal relationships. He will be intuitive and will make wealth like never before. This year will bring a lot more opportunities, freedom and joy to you and your family.