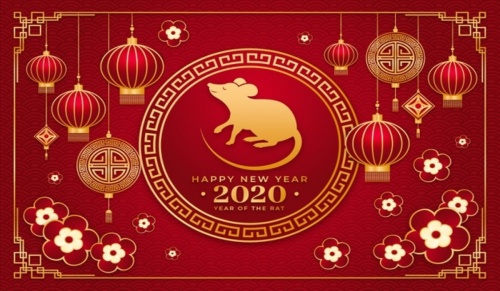 Also known as ‘Sheng Xiao’, the Chinese zodiac consists of a twelve-year cycle and each year has one designated animal to it. It is believed that the people born in a year inherit the traits of the animal associated with it. These animals are not the only sign present in the Chinese zodiac system, there are five natural elements and also the YIN and YANG are associated.

While no one exactly knows when did the Chinese zodiac was found or started, it was officially identified in a period of 206 B.C. TO 9 A.D. during the Han Dynasty. So almost 2000 years ago. Since then a cycle of twelve-year has been maintained. This complete table starts from the Rat and ends at the Pig. By taking 1984 as the starting of this twelve-year zodiac cycle, the following is a simple table that will help you understand this entire system in a better way:

There are many traits associated with one animal and the human born in that particular year will be having all of them and added as well based on him or her upbringing. Therefore, anyone who is born in 2019 will be a pig which means he or she will be calm, compassionate and super responsible whereas, someone born in 2018 will be a dog which means they will be stubborn, loving, caring and honest.

This year, according to the lunar calendar of Chinese, the twelve-year cycle has started again and hence, it is called to be the Chinese rat year. The Chinese community term this as their new year and therefore decorates their homes, go for parades, gift each other things and take an off from work to celebrate this occasion. Rat is also known to be supremely luck. the people under this particular sign and especially year 2020, will not go through hardships. Whatever they will be doing will end up in their favor only. The people born in this year under rat sign will be very clever, sociable and ambitious. As rats are known to reproduce in a large amount, they also signify and symbolize fertility.

This year the first day of Chinese zodiac was on 25th January 2020 as per the lunar calendar. This day of celebration varies every year as per the change in stars. The festivities last for a night only as the preparations for Lantern festivals start. This festival is celebrated on the fifteenth day of the Chinese new year i.e. it was on 8th February 2020. There is a Chinese myth which says that Emperor Jade organized an animal race given that rat won it, he became the first animal to start the zodiac cycle. Famous individuals who were born in the rat year are William Shakespeare, Katy Perry, Scarlett Johansson and the Duke of Sussex.

This festival is not celebrated only in China but in every country where Chinese communities are present for example, Singapore, Malaysia, Indonesia, and the Philippines. The celebrations last for two weeks which means from new year’s evening to the day of the Lantern Festival. The decorations start with first cleaning the entire house and then putting red paper lamps and banners. Prayers are recited in temples and everybody asks god whatever they have been seeking. Apart from the celebration, there are a lot of other things based on animal rats.

There are various predictions done every year and here are some of the predictions made by various astrologers:-

These are the basic predictions done by various people and the first and foremost thing is that these are predictions and not facts. You might end up reading various other predictions also but don’t be fooled. Study and then believe. It will be a great year for monetary benefits. Educational, as well as career growth, is also present. The only drawback or the unlucky part is the physical health which needs to be taken special care of. Numerous ups and downs are present in every field of life that is there in this year.

The following graphical might help you understand it in a better way.

Love compatibility is something which of great concern. People born with a rat sign are going to have a great time with their existing or would-be partners this year.

Male rats of the year are very tender, thoughtful and easy-going. For them, relationships are not just a piece of cake. They always take care of it. Sincere and honest but fail to take control when someone tries to hit on them and might end up getting in some trouble for sure.

Female rats also inherit such characters but there are more for her. They are supremely romantic which means getting into fantasies will be an everyday thing. They seek spirituality more than anything but in this world of materialism, they might have a hard time catching their match. But this year, chances of getting that one they have been looking for are quite high.

Lucky signs for this year are :

Here comes a list of rat years with the designated elements.

Lastly, wishing all the very best to every rat out there, we hope this year you learn, earn and above all have lots of fun.