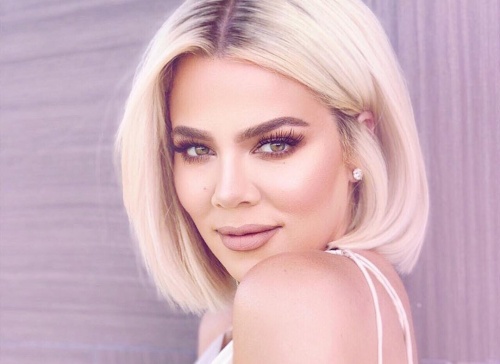 Khloe Kardashian was born the 27th June 1984, when the sun, Venus and Mercury were in the zodiac sign Cancer, and Mars and Saturn were in Scorpio. Khloe Kardashian is an American media personality, socialite, model, businesswoman, and entrepreneur. She is involved in the retail and fashion industries with her sisters Kourtney and Kim. They have launched several clothing collections and fragrances and additionally released the book Kardashian Konfidential in 2010. From September 2009 to October 2016, Kardashian was married to basketball player Lamar Odom. Tristan Thompson was in a romantic relationship with Khloé Kardashian. In December 2017, she announced they were expecting their first child. She’s also taken to motherhood and is super close to baby True, born April 12th, 2018.


When we analyze the celestial placements in the astrological houses of her birth chart we will find that Sun is conjoint with Mercury. These placements make her talkative, she loves expressing her views. The compassion, sensitivity and imagination are her strong points. She loves learning and had the tendency to constantly stimulate her mind. The conjunction of Sun with Venus makes her kind-hearted, affection and love to make friends.

As Sun is placed in the opposition of Jupiter, she had big aspirations and the desire to succeed in life in a grand way.  She ends to exaggerate, to promise more than is possible, and to misjudge through over-optimism. With moon in the dynamic constellation of the Twins (but in the zone of home, the fourth house) Khloe will appreciate a household full of chatter, stimulation and a bright and breezy vibe.

Khloe was born on June 27, which makes her a Cancer. Tristan was born on March 13, making him a Pisces. According to astrological point of view, both are perfectly compatible to each other. The element matches innately and makes perfect couple.

Khloe is  Aquarius rising star, giving her a very quirky, different and alternative approach to life. Khole’s ruling planet is Uranus, and it is positioned in the Midheaven, which is the point of public reputation.

Khole’s resemble a progressive, revolutionary sign, and those born with Aquarius strong in their charts often feel different, alien or ‘the outsider’.

Planetary transitions in 2019 for Khloe Kardashian

Cancer horoscope 2019 shows Jupiter is transiting Scorpio till 20th March in the 5th house of Cancer. From 30th March to 22nd April, it transits Sagittarius and then, from 22nd April to 5th November, it transits Scorpio. Jupiter remains retrograde from 10th April to 11th August. Saturn transits your 6th house in Sagittarius for the entire 2019 and is retrograde from 20th April to 10th September. As the year begins, Rahu is transiting Cancer. In your horoscope, it moves to Gemini after 7th March till the end of 2019. Ketu moves to Sagittarius after 7th March.

The ruling planet is moon for Khole Kardashian horoscope, she is born within Cancer Zodiac. In year 2019, Moon is undergoing two eclipses that January 20 or 21 in Leo and on July 16 in Capricorn. Both eclipses may affect Cancers who are currently coupled up. Khole may have to face changes in her career and she may face media isolation too. The year 2019 may be a problematic year for Khole at health front. So it is recommended that she should be alert for her health issues. At the financial point the Khole may feel strain, as 2019 is not so smooth on financial front. But this year Khole may find the other sources of income that are ample and regular.

Khole will find time for her family and friends and expect some quality time too. but this year will be deciding year for her, as he has to decide what she really expects from the male.

The career may have ups and down, she may face much-needed conviction and direction in her career. Partnerships don’t seem favorable now. Everything will fall in place from September onwards and her efforts will fetch her the expected profits. Spending in Land after September may bring financial gain to her.

To avoid clashes with your love, it is advisable for khole to have the least expectations and be humble in her interpersonal communication. Keep all channels of communication open for easy resolution. An old lover might return to your life and reignite the romance.

As the mercury is retrograding in your eighth house, so Khole may plan short trips this year.

So plan the trips and enjoy cordial time with your family and friends. Stay healthy and fit... Happy Birthday Khole Kardashian

Read More- How Did Kylie Jenner Get So Rich