Home horoscope How do I know my Chinese Zodiac Sign? 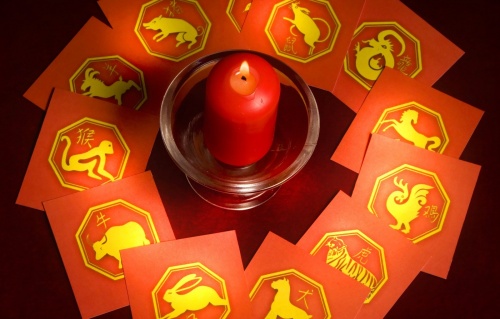 The Chinese Zodiac is the prime factor of Chinese culture. The Chinese Zodiac signs play an important role in influencing the culture and Chinese community. The Chinese zodiac follows the moon (rather than constellations, as in the Greco-Roman zodiac system). Chinese philosophy and The Chinese zodiac, Sheng Xiao, is based on a 12-year cycle. Every year corresponds to a different animal symbol. The Chinese lunar New Year corresponds with the Aquarius new moon which always falls between January 20 and February 18 (the actual date varies every year). According to Chinese astrology, these all are combined to have an accurate prediction

Chinese New Year (day 1 of the lunar year), which is somewhere in the period January 21 to February 20 (According to Georgian Calendar)

Start of spring (day 1 of the solar year), the first day of the first solar term in the traditional Chinese solar calendar, which falls in the period February 3–5.

The Chinese Zodiac sign uses the principles of Yin Yang. The Zodiac animal cycle is of 12 is divisible by 2. So every Zodiac sign can occur only as either Yin or Yang.

According to Chinese culture, the five elements are considered to the foundation of everything in life. They have their own characteristics; they can either generate or destroy. In ancient days the newborn in China gets their names from the 'eight characters of birth time' consisting of a year, month, day and hour which is represented by two characters each, one character from the heavenly stem and other from earthy branches. The four pairs of birth time reveal the elements in one's life. Then the parents will give the baby a name containing the element, as compensation, which doesn't exist in the baby's eight characters. In China, the theory is a very important part of traditional Chinese culture and mostly used in philosophy, traditional Chinese medicine as well as fortune-telling. Chinese Zodiac five elements, 'Wu Xing' in Chinese (pinyin: wuxíng) refers to the five elements - Jin (metal), Mu (wood), Shui (water), Huo (fire), and Tu (earth). It is also named the Five Movements, Five Phrases, Five Steps or the Five States of Change. The tradition is still followed by some people nowadays. Here is the list of five elements of the Chinese Zodiac signs:-

The Fire element represents the other features of personality like strength or softness, representing power, influence, bravery and intense.

The metal is the third element of the Chinese Zodiac. This element connotes life span, longevity or abortion, foretelling any penalties, dangers, difficulties and a dead end.

The last element of the Chinese Zodiac represents the status, rich or poor, representing the birth and growth of everything.

Just like our Western Zodiac signs the Chinese Zodiac signs to attribute the personality traits to each of the 12 animal signs. These are based on the assumptions of how the animal behaves and also have the linkages how the animal came to the Jade Emperor's banquet. So here is the list of characteristics of the 12 Chinese zodiac sign.


Rat-these peoples according to Chinese Zodiac signs love to experiment, they are innovative and elegant. Generally they appear to be shy and introvert, but actually, they are not so. They love money and are generous.

Goat- The second sign among the 12 Zodiac signs are sincere people, they are honest and courageous too. They are gifted with great endurance level. They are humble and very easy going.

Dragon- this sign has great energy level and enthusiasm, this is the main reason why people are jealous with this Chinese zodiac sign. They love to be spotlighted and take centre stage in life. They have positive attitudes towards life. They just seek emotional security in life.

Monkey-  At times they can be egoist, selfish but they are extraordinarily clever, and flexible. Monkey girls are very beautiful and charming. They people born in monkey love to chase dreams, they love competition.

Rooster- They are very caring in nature. So they have protective attitudes towards their closed ones. They are fearless, adventurous. They are keen observers and very talkative people.

Sheep-  This is the eighth sign among the 12 Chinese Zodiac signs. The sheep signifies comfort and prosperity. The individuals born in Sheep year are very shy, fashionable, peace-loving and sophisticated too.

Snake- according to the Chinese astrology, people born in the Snake year are mysterious among all the Chinese Zodiac signs. These people are inclined towards music, dance and theatre. Both males and females born in snake year are usually luck in the financial part of life.

Dog- The individuals born in the Dog year are having irresistible charm and straightforwardness. These traits make these people most popular among the 12 Chinese Zodiac sign. The females born in Dog year are easy going and simple. The core trait of these individuals is they love to pamper and love to be pampered.

OX – according to Chinese astrology people born under Ox Year are very determined and this is the core reason of their success. When they are in intimate relationship, they are loyal, protective and at times possessive too.

Horse – the people born in Horse year are full of energy and their unmatchable zeal to the life is distinctive among the 12 Chinese zodiac signs. They are sharp and quick decision maker.

The Chinese Zodiac sign is a recurring cycle; the cycle recurs every 12 years and each year is represented by one of 12 animals.

The Chinese Zodiac years do not start on 1st Jan. It commences on the first day of Chinese Lunar Calendar.

Each Chinese Zodiac year has an element. According to Chinese astrology, each zodiac year is associated with one of the five elements (Gold, Water, Wood, Earth, and Fire).

The Chinese Zodiac Sign is used to find a suitable spouse.

The goat is the unluckiest Zodiac sign, among all 12 zodiac signs.

According to ancient Chinese findings when people didn't have clocks, they used “the 12 terrestrial branches” to name the hours. So the zodiac was used to tell the time.

Zodiac birth sign years are unlucky. As the Chinese zodiac recurs every 12 years, everyone will meet his or her birth-sign year at age 12, 24, 36, etc. It's said people who are in their birth-sign year will have bad luck because they offend the God of Age (thought to be Jupiter, which has an orbit of about 12 years).