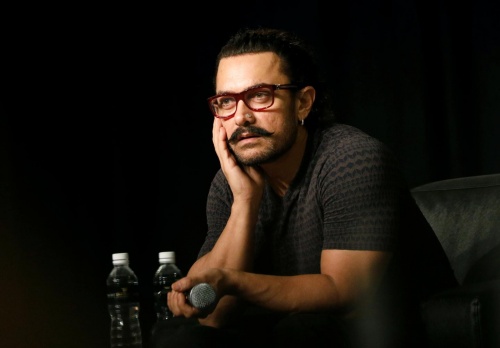 Mohammad Aamir Hussain Khan, popularly called Aamir Khan, is one of the most famous Bollywood actors who has made success at a steady pace but has created a remarkable position in the film industry. He started his career as an adolescent actor in Nasir Hussain''s movie, ''Yaadon Baraat '' but he made his first debut as a leading actor in ''Qayamat Qayamat Tak'' which was successful movie at the box- office.  During his whole he has several ups with little downs.


Astrological highlights and Horoscope analysis of of Aamir Khan

Rahu and are placed in the fourth house of Aamir khan’s Kundli and workplace too that showing in his career. These two planets are blessing him with unseen energies too. Venus is exercising its positive effect as it is placed in side and this is the master key of his happiness. Venus is placed in its destiny place too thus making a positive effect on the attainment of luxurious life. The planet Venus is responsible for his physical attractiveness and female fan following.

Mars too is sitting in his partnership place giving him strength in personal relations. Due to the existence of Mars in the working place of he is able to do innovative work for the society. Due to the existence of Saturn in his side. He is a very passionate and hard worker. Mercury and Sun’s position in his horoscope is problematic for him. He may face controversies due to over saying something. If he will control his words and make move he will never see failure. Overall the horoscope is very strong and showing great success in his later life.


Aamir Khan is born with Aquarius Ascendant. Aquarius is a fix natured last of Air sign and is ruled by wily Saturn. Being   khan is in himself. characteristics are dominant in Aamir Khan’s personality like he is very clear about his thoughts, confident. Ruler of the Ascendant Saturn is placed therein along with mighty Sun and dear Venus. Saturn and Venus are in a state of combustion. Also, give him the ability to act as a film actor. Crafty Mercury is debilitated in a dual-natured last of water sign Pisces and positioned in the second house. Mars is in a fire sign Leo and is retrograde. Mars gets positioned in the seventh house, in opposition to the Ascendant along with planets placed therein. This position induces him to assert his views overly and boldly. Moon is in its own sign Cancer and stationed in the sixth house. This position does not spell well in a confirmed relationship.

Due to the transition of Rahu over his natal his future can be bag of pleasant and unpleasant ventures. The negativity of the people around him will create psychological distress for Aamir Khan. Besides transiting Jupiter will be in opposition with natal this will boost his creativity and wisdom too.  It is expected that in coming months Aamir Khan may turn spiritual and engaged in some charity work. Also, Saturn’s transit in the 11th house may give good and positive results in the months to come. Aamir Khan will have and harmonious future. The positive development in his personal as well as professional will bless him good health and well being too.

In his career spanning over 30 years, Aamir Khan has given some of the best ever movies, having worked as an actor, director and television talk show host. We all can expect this year too Mr. Perfectionist, Aamir Khan will hit the silver screen of Hindi Cinema with his extraordinary performances. In 2019 the audiences will see Aamir Khan in movie “Mogul”. Others upcoming movies are also in pipeline but the title and dates are not revealed yet.