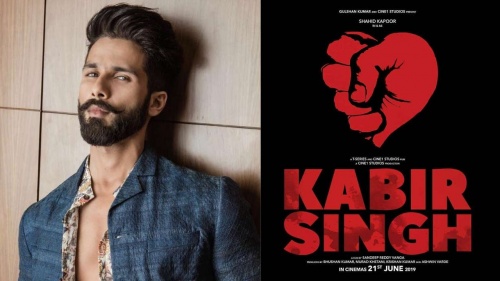 Bollywood is growing each day with the introduction of a new comer actor and actresses and we are seeing a different talented actors and actresses every month. Shahid kapoor is one such actor who has created a special space in bollywood with his versatile acting and extremely well work.

Hence Mangal Dosha is present neither in Lagna Chart nor in Moon Chart.

Shahid Kapoor was born on 25th February 1981 in New Delhi. He is the son of famous actor Pankaj Kapoor and classical dancer actress Neelima Azeem. He was only three when his parents got divorced and he moved to Mumbai with his mother Neelima Azeem.

After coming to Mumbai, Shahid joined the Shaimak Dawar’s dance academy for professional training in dance. While taking professional dance training at the Shaimak Dawar’s dance academy, Shahid got the chance to appear as a background dancer in many of the bollywood movies of 1990’s era. Before coming to movies, Shahid has done many TV commercials and music videos which has brought him into the limelight of the directors. His first music video was “ Ankhon me tera hi chehra……………..” and was successfully hit on the chart at that time. Shahid, before coming movies, has also attended acting school along with Naseeruddin Shah and Satyadev Dubey. Shahid was firstly noticed by the producer of his first music video, Ramesh Taurani and he was very keen to cast Shahid in movies. But that time, Shahid was only 20 years old and was underweight to become an ctor that’s why Ramesh Taurani asked him to wait for few years and in meanwhile Shahid got an opportunity as a lead role in a sex comedy film “ Style” and Ramesh Taurani has also found a project which was perfectly suitable for Shahid . Finally, Shahid got his break in “ Ishk Vishq” as a lead actor. This movie has changed the life of Shahid and took him to the limelight of the Bollywood industry.

After this, Shahid received movies like” Deewane huye Pagal” and “Waah! Life ho to aisi “ which were largely criticized on the box office and flopped. This has led Shahid to face problems in his career on a large scale. The continue flops has also led hi moral to be low for a while in his personal life too but then he received a lead role in Sooraj Barjatya’s romantic drama movie “ Vivaah” opposite actress Amrita Rao, which was a blockbuster on the box office and Shahid was largely appreciated by the crowd for his immensely good work. Later, Shahid again came back with his comedy film “ Fool n Final” and this was also a flop but after this, he bounced back with his another blockbuster movie “Jab We Met”. This movie has been proved as another milestone in Shahid’s career.

With many ups and downs in Shahid’s career, he has won many film fare awards and nominations in many prestigious awards. Among many fine works of Shahid Kapoor “Haider”, “Udta Punjab” and “Padmavat” are the movie which has tremendously increased the rate of acting and Shahid has proved himself as one of the best versatile actors in the bollywood industry.

In addition to acting, Shahid also support charitiy, hosts award ceremonies and has also been a judge on a dance reality show, “ Jhalak Dikhala Jaa”. On one hand, Shahid has given many fine works to his audience and showcased his versatile acting skills by doing movies of completely different areas. In meanwhile of all ups and down he married a homemaker Mira Rajput and now he is blessed with two children Misha Kapoor and Zain Kapoor. He is a happy family person. Shahid has been ranked 1 in the list of World’s Sexiest Men.

The coming years will bring relief from hard times. Shahid will enjoy the success after long time. Coming years Shahid can have financial gain and he will secure better position in film industry. The most unexpected changes could be expected in Shahid Kapoor’s work area and in professional activities which are outstanding for Shahid Kapoor. Shahid Kapoor will have positive financial luck.

In the coming times, Shahid will be seen in his upcoming movies which are Kabir Singh, A biopic of a very famous person the name is yet to be revealed and Shree Narayan Singh’s next movie. These movies will definitely going to showcase the best of Shahid’s work till date as per the claims but we are definitely looking forward to see the works that Shahid is coming up with for his audiences. This coming year is going to be challenging and miraculous for Shahid if he is able to give his best with the upcoming movies. He is also working for charity and reality shows as per the sources. Shahid has always tried to come up with different works and movies which has glorified his acting skills and led him to the heart of his audiences.