Home education What is Chinese Astrology?

What is Chinese Astrology? 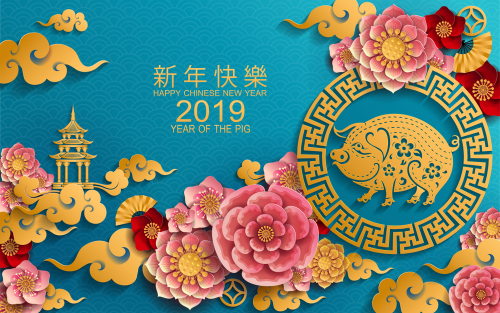 Astrology is an ancient branch of science that has been developed, studied and applied to life; in almost every ancient civilization.

The Chinese are one of the oldest civilizations in the world; dating back to 1250 BC with the Shang Dynasty in the Yellow River valley and it is no surprise that they have their own branch of ancient sciences ranging from astrology to medicine to astronomy. With this blog; the emphasis is on Chinese astrology and the aim is to provide readers and insight into Chinese astrology. To begin with; lets answer the important question…


What is chinese astrology all about?

Chinese astrology is mainly characterized by the Chinese Zodiac; which according to Wikipedia is….

‘a classification scheme that assigns an animal and its reputed attributes to each year in a repeating 12-year cycle. The 12-year cycle is an approximation to the 11.86-year orbital period of Jupiter, the largest planet of the Solar System. It and its variations remain popular in many Asian countries including China, Japan, South Korea, Vietnam, Mongolia, Cambodia, Laos, Nepal, Bhutan, and Thailand.’

In Mandarin; the Chinese zodiac is called Shēngxiào and this Zodiac system is quite  different than the western Zodiac. While the western Zodiac divides time cycles into 12 months, the Chinese Zodiac uses a 12 year repetitive cycle and each year is assigned with an animal which is associated with certain behaviours and personality traits and predictions for the future. In Chinese astrology there is no connection between the constellations that traverse the ecliptic plane and the Chinese Zodiac signs. Each sign is strictly associated with an animal while it isn’t the same with the western zodiac. These are the basic characteristics of Chinese astrology and the Chinese zodiac system. Read further for additional information into the Chinese Zodiac signs.

Why is the Chinese zodiac important?

Each animal on the Chinese Zodiac denotes certain positive and negative qualities in a similar fashion to the western Zodiac. However; the Chinese Zodiac system also stipulates that animals can also be assigned by birth month (inner animal), birth day ( true animal) and hours (secret animal).

In one way Chinese astrology and the Zodiac makes room for conflicting personalities, public image, a private image and true character traits. There is a conflict between a person’s Zodiac sign and their way of living according to Chinese Zodiac and this is known as Tai Sui or even Kia Sui in some quarters.

A limited word blog doesn’t even begin to cover the complexities of Chinese astrology and the Chinese Zodiac; just like it wouldn’t cover regular astrology for what it is.

Hence; this is merely a brief introduction to Chinese astrology and the Zodiac. Learning more about the Chinese zodiac isn’t particularly tough and the infinite number of information resources on the internet will serve you well.