Home career How Did Kylie Jenner Get So Rich?

How Did Kylie Jenner Get So Rich? 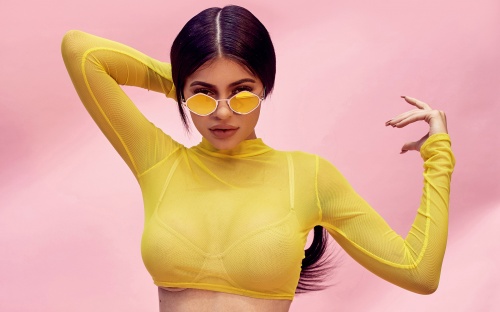 Kylie Jenner is one of the world’s richest celebrities with a net worth of roughly $900 million.

She is neither a singer nor an actor nor a sportsperson; she is a Reality TV star who has used her influence on social media and her prominent position in general pop culture to grow her brand from being one of Kim Kardashian’s teenage step-sisters to a cosmetic tycoon. The obvious question is how did Kyle Jenner manage to achieve this feat and what qualities does she to help her on her mission. We are sure to find some answers with astrology so have a look at Kyle’s zodiac sign and all that comes with it.

20-year-old Kylie Jenner was born on August 10th 1999 and her zodiac sign is Leo. As a Leo born, Kylie has certain personality traits at her disposal that effectively further her financial prospects. Let’s have a look at them.

As a Leo born Kylie is gifted with the ability to reach a wide range of people and exercise an extensive degree of influence when given an appropriate platform. Keeping this in mind; it is easy to see how Kylie made appropriate use of the ‘Keeping Up With The Kardashians’ reality show platform to create a brand identity that effectively sells beauty and cosmetic products.

Leo born individuals also have an strength of personality and are courageous and loyal. This explains how Kylie has n’t succumbed to the pressure of being a reality show star from when she was merely a child and has instead used her platform to become a cosmetics tycoon. Her courage, strength loyalty can also explain her dedicated fan following on various social media platforms; the same fans who proactively buy her products. Being a reality show star cum social media celebrity takes courage; social media exposes celebs to all sorts of trolls and negativity; Kylie’s Leo born courage serves her well on social media platforms. Kylie’s loyalty dictates that she remains true to her fan base with everything that she does; as a her fan base remains true to her and her fans buy her cosmetic products by the droves.

The Influence of Jupiter

Kylie Jenner who was born on August 10th was born under the second decan of the Zodiac sign Leo. As such; she is fortunate to have the significant influence of Jupiter on her personality and behavioral traits. Jupiter enhances the positive traits in those that are Leo born and diminishes the negative traits. As such; while Kylie enjoys positive skills like people power, strength, loyalty and courage; Jupiter diminishes negative traits like impatience and impulsiveness. The influence of the influence of Jupiter also means that Kylie enjoys an original approach to life and all her endeavors, has a charming personality that keeps her relevant among her fan base and has great leadership skills and willpower. Willpower is an important tool when one is setting out to make money and Kylie has it.

In conclusion; Kylie Jenner enjoys being a Leo born with the positive influences of Jupiter. From an astrological point of view; these traits petty much explain her ability to spin money.